Cryptos for a Cause: UNICEF Website Mines Cryptocurrencies Using your CPU for Child Welfare 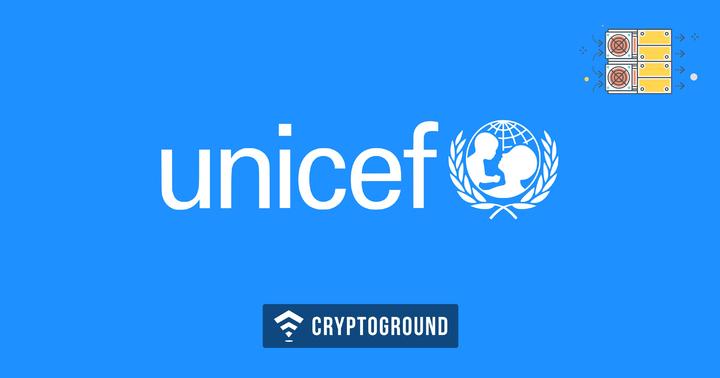 UNICEF Australia has started off with a campaign which allows visitors to donate towards child welfare in Bangladesh and Myanmar without actually having to pay any money. UNICEF is resorting to cryptocurrencies for these donations. UNICEF is making use of a cryptocurrency mining script which makes use of the processing power of the visitors PC to help mine for cryptocurrencies.

On a web page which has been set up, dubbed the ‘hopepage’, UNICEF allows users to set how much percentage of their CPU power would they like to donate for this mining operation. Users can allow the website to use a minimum of 20% and a maximum of 80% of their CPU power to mine for cryptocurrencies. The longer a visitor stays on the web page, the more cryptocurrencies are they helping mine. Mining operation stops once you exit the website.

As per UNICEF, these cryptocurrencies would be used to generate funds which help provide supplies such as safe water, therapeutic food, and vaccines. Visiting the website at www.thehopepage.org would show a pop-up notifying the users that the website would like to use the processing power of their computer. It also clarifies that it does not require any additional downloads in order to do this.

The website shows statistics such as the total number of people who are mining for this cause right now, as well as the total hashes and the Hash Rate (hashes per second). Hash Rate is basically the speed at which you are mining cryptocurrencies. The website also displays information about the cause for which you are mining for. It talks of the Rohingya crisis in Myanmar and this money will be used for the benefit of those children who are affected by this human rights crisis.

Before you start mining using the processing power of your CPU, there are a couple of things that need to be kept in mind. First, it will affect your computer’s processing speed. The more percentage you devote to the cause, the slower your PC is likely to become. Second, if you are using a laptop to visit this website, it is best advised to have it plugged into a source of power as this mining activity drains your battery.

The website mines for Monero (XMR) cryptocurrencies using the infamous Coinhive javascript. The Coinhive javascript has been used in the past by several websites to stealthily mine for cryptocurrencies using the processing power of the CPU of those who visit that website. This script was maliciously injected into several websites, including government websites across the world. One such instance was also found in YouTube ads and another in prominent Indian newspaper websites.

However, UNICEF is making use of this script for a legitimate cause which is going to have a global impact on the lives of thousands of children. This is not the first time that UNICEF has relied on a crypto-oriented campaign. A similar campaign called ‘Game Chaingers’ was aimed at gamers, asking them to mine for Ether using their GPUs while they were not using their computers to contribute to a charitable cause.