What Is Tether? - Everything You Need To Know About Tether Cryptocurrency 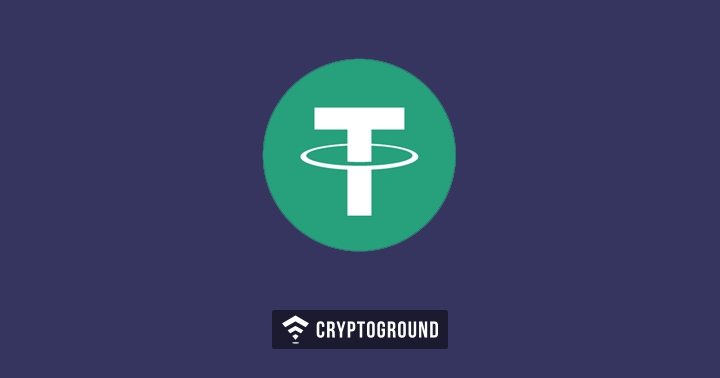 Tether which comes with the trading abbreviation USDT, belongs to a group of cryptocurrencies, with which one can transfer amounts in real time and exchange them with other currencies. Tether is supported by several blockchain platforms such as Kraken and Bitfinex. It  is also one of the “stable coins” because it acts as an alternative to U.S. dollar. It acts as a stable dollar for many exchanges, and is also one of the most stable options available.

Unlike other cryptocurrencies, Tether is supposed to be backed by dollars kept in reserve in a 1:1 ratio, which is a big selling point, and a big problem in the untethered and decentralized crypto arena. Although it claims to trade at $1 on all exchanges, the actual price seems to fluctuate a little.

It all started with J.R. Willett publishing a paper in 2012 stating the possibility of new currencies on top of the Bitcoin protocol. Willett went on to implement the Mastercoin cryptocurrency, which would later become the technological foundation of the Tether cryptocurrency One of the original members of Mastercoin Foundation, Brock Pierce, would become a co-founder of Tether. Craig Sellars, CTO of Mastercoin, would also become one of the co-founders of Tether.

In July 2014, they launched Realcoin, which was the precursor to Tether. After releasing the first coins in October 2014, one of the founders, Reeve Collins announced in November 2014, that the project was being renamed to Tether.

In early 2015, Bitfinex enabled trading with Tether on their platform. While Tether and Bitfinex have always stated that they are separate companies,  the Paradise papers in 2017, leaked that Bitfinex officials Philip Potter and Giancarlo Devasini are responsible for helping the setup of a the company Tether Holdings Limited in the British Virgin Islands in 2014. Later, a spokesperson for Bitfinex and Tether said that the CEO of both firms is Jan Ludovicus van der Velde.

Initially, Tether had been processing US dollar transactions through Taiwanese banks, which transferred the money through the Wells Fargo bank which allowed the funds to move outside Taiwan. In April 2017, according to Tether, these international transfers were blocked.

In 2017, the Omni foundation and Charlie Lee announced that Tether would issue on the Omni layer of Litecoin. In 2017, Tether announced they would be launching ERC-20 tokens for United States Dollars and Euros on the Ethereum blockchain. Tether later gave the confirmation that the Ethereum tokens were issued.

As of September 2018, the number of Tethers grew to about $2.8 billion. By the summer of 2018, it accounted for up to 80% of Bitcoin volume. In October 2018, the price of Tether fell to $0.88, due to perceived credit risk, as traders on Bitfinex exchanged Tether for Bitcoin, driving its price up.

How to Use Tether?

Tether is a digital to fiat currency and it can be easily traded at Bitfinex, Kraken, Shapeshift and many other exchanges easily. You can easily convert real-world US Dollars (USD), Euros (EUR), and Japanese Yen (JPY), to their equivalent digital tokens or crypto Tether USD, Tether EUR, and Tether JPY and then use them in any digital platform that allows cryptocurrency and supports Tether.

Unlike Bitcoin and other cryptos, the exchange rate is stable - always at 1:1 for all fiat currencies that it supports, which is a good thing - regardless of whether you want to convert your bank real-world money into crypto or otherwise, since Tether tokens can also be redeemed for cash.

But before using Tether, there are a few things that you should know and understand.

Things to pay attention to before using Tether

Buried deep within the terms of service of Tether’s agreement document is this statement, “There is no contractual right or other right or legal claim against us to redeem or exchange your Tethers for money. We do not guarantee any right of redemption or exchange of Tethers by us for money. There is no guarantee against losses when you buy, trade, sell, or redeem Tethers.”

Even though that the company claims to be completely backed up by fiat reserves, it is not formally liable to do it and users should exercise caution, since it is stated that the company does not guarantee redemption of Tethers.

Also, in mid-2017, there was a huge supply increase of Tethers by over U.S. $100,000,000. Many questioned where all the funding came from, given that Tether was backed by fiat reserves.

Cryptocurrencies are subject to high volatility, due to their recent introduction into markets and the manipulation of big whales, but stablecoins are not shielded against such consequence, including Tether.

2018 has shown to be quite a volatile time for the market. The purpose of stablecoins is to stabilize digital assets, and conversion from one asset to another, while volatile changes are happening in the market. But today, the issue with Tether lies on headlines and the multiple claims that the stablecoin is mixed up with lies, in regards to the funds that back up Tether.

Many believe that Tether may never completely fall because it is just too big. Tether is the oldest stablecoin, and replacing it can take years hence, still makes a good choice.

Because of its close relationship with the US Dollar, one of the most valuable currencies in the world, many experts believe that the crypto can be the next US Dollar, as they predicted with Bitcoin before. However, it needs to improve its security and gain the trust of people before reaching that extent.

Should you invest in Tether?

The value of Tether is pegged to U.S. dollars and obviously, its value won’t rise or fall, but due to its centralized nature, a downfall might be expected.

Also Read: How to buy Bitcoin

On comparing Bitcoin and Tether, the best choice would be Bitcoin right now.

Here are a few frequently asked questions about Tether answered.

Why is Tether so important for cryptocurrency investors?

Tether’s coins hold a very big role on cryptocurrency exchanges. As of October 2015, they were the second-most traded coins in the world as compared to other digital cryptos. Although the presence of many different stablecoins is huge, none of them has come close to challenging its value.

As discussed above, Tether is connected with real-world currencies. Tethers are assets that move across blockchain, just as easily as other digital currencies. Tether currencies are not in-hand money, but digital tokens formatted to work on blockchains. Tethers hold their value at 1:1 to the underlying assets.

This, many times poses a problem to people who want their process to be completely private, but it is mandatory for Tether customers.

Tether works completely with government regulations and restrictions, and prohibits transactions from persons and entities connected to certain high-risk jurisdictions.

As stated by the Tether website itself, the following jurisdictions are prohibited from using the Tether platform: Cuba; Democratic People’s Republic of Korea (North Korea); Iran; Pakistan; Syria; the Government of Venezuela; and the Crimea region.

People in the United States are also restricted from using the Tether platform, unless they are Eligible Contract Participants (“ECP”) pursuant to U.S. law.

An Eligible Contract Participant can be considered a corporation whose total assets exceed $10,000,000, and is known to incorporate in a jurisdiction outside of the United States or its territories or restricted possessions.

The answer to this question really depends on how you measure safety. For many, the system works well and is beneficial.

The signing up process is very rigorous, and you need to provide quite a lot of documents to use Tether -- if it provides any sense of security to you. Before the hackers got in, Tether had around 300 million USD from investors that regularly use tokens for transactions. They also claim that serious investors are moving large sums of money in and out daily. It is no doubt that Tether is still popular among many.

The system of Tether is antithetical to that of Bitcoin and as a result, many crypto enthusiasts are naturally skeptical of Tether. This justified skepticism creates an audience that is receptive to hearing about allegations of fraud.

Even though it is not advisable to invest in Tether, if you are anyway interested, it is better to always use it with caution. Transferring large sums should be done in batches, which would reduce one's overall exposure.

Tether has a good number of advantages, but also opens you up to a lot of risks which can be just kept out of the way with proper care.