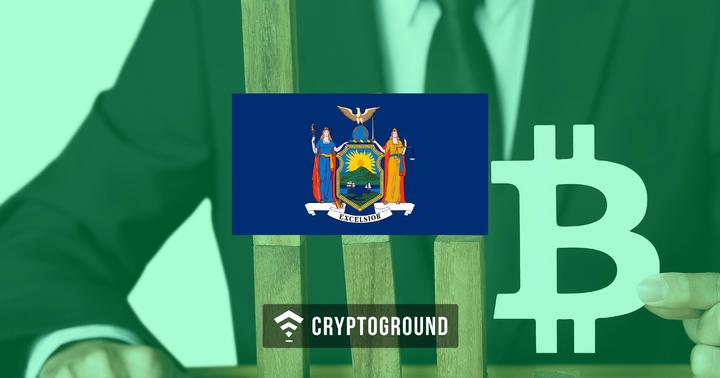 The New York Department of Financial Services (NYDFS) granted the coveted Bitlicense to two more cryptocurrency firms earlier this week - Robinhood Crypto and Libertyx. The Bitlicense allows cryptocurrency-related businesses to operate in the State of New York. The NYDFS has been rather liberal with granting the Bitlicense over the past year as several names have been approved recently. The addition of these two firms takes the total number of Bitlicense holders up to 16.

After getting the Bitlicense approval from NYDFS, users of Robinhood Crypto app based in New York can now buy, sell and store cryptocurrencies on their platform. Robinhood has also been given a money transmission license. For Libertyx, the Bitlicense approval means that their New York-based users will now be able to make use of Debit Cards to purchase Bitcoins from traditional ATMs. This is the first time a Bitlicense holder has introduced such an option.

The New York Department of Financial Services commented on Robinhood getting the approval by saying:

At this point in time, only seven cryptocurrencies have been allowed. However, Robinhood also supports real-time market data for BTG, DASH, LSK, XMR, NEO, OMG, QTUM, XRP, XLM, and ZEC. The company has added that while there are plans to introduce more cryptocurrencies on their platform in the future, listing and tracking real-market data does not necessarily mean that they would be adding support for those currencies. Robinhood has also made it clear that they do not support ICOs at the moment.

Libertyx is another major name which got the Bitlicense approval. The company has been setting up Bitcoin ATMs since 2014 - and have stated that there are thousands of stores across the US where users can just walk up to and buy Bitcoins. NYDFS commented on Libertyx getting the Bitlicense, saying:

In New York, Libertyx, which will provide consumers the sale of bitcoin through debit terminals, is the first [NY]DFS virtual currency licensee to allow customers to use debit cards to purchase bitcoin from traditional ATMs.

Three major names to get the Bitlicense last year have been Square, Genesis Global Trading and BitPay among others. Bitlicense had started off in 2015 - and had been granted to only five companies during its first three years, making it a rare honour. However, since then, the number has grown to 16 - meaning that 11 names have been added since 2018.