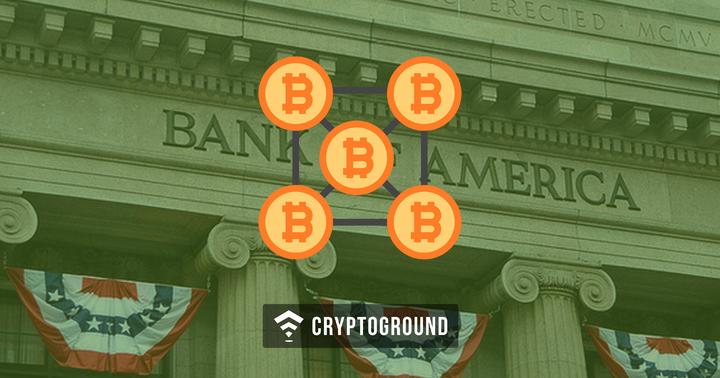 The US Patent and Trademark Office (USPTO) has now published an application from the Bank of America, which talks about the application of blockchain technology to improve data storage. This new and improved storage system technology will offer automated authentication of data. The USPTO application shows that the patent was originally filed in October 2016.

This patent from the Bank of America talks about a permissioned blockchain system which would not only record and verify business data but personal data as well. For those who may not be aware of the technology, a ‘Permissioned’ blockchain is basically one in which data will be accessible only by those who have the permission to view it. This is slightly different from our usual understanding of blockchain systems - which are transparent for everyone to access the stored data.

Basically, Bank of America plans to replace internal ledgers with these permissioned blockchain systems. This permissioned system would also be able to maintain a log of everyone who accesses the information stored in it. Based on the description in the patent application, this blockchain system can authenticate data and provide access to the bank’s service providers as well. The application further states:

The document also points out to the fact that blockchain is the gen-next solution which offers the maximum possible security. Traditionally, data is shared on emails or on the websites run by these service providers. However, these existing systems may not be as secure and there is a possibility for tampering of data.

Blockchain-based systems ensure that data cannot be tampered with, as well as remains secure. Moreover, since it can log every visitor who has accessed the data - this blockchain based data sharing platform can easily help identify any unauthorized access.

Banks are getting blockchain friendly with every passing day. The most recent example of this would be the Bank of England, which announced a partnership with ‘Chain’, a startup that works in the blockchain ecosystem, which involves a distributed ledger system to share data. The Central Bank of Malaysia too indicated that there may be plans in place to integrate blockchain systems into their banking networks. Reportedly, nine banks in the island nation have agreed to join this project.

The Bank of America patent is an exciting prospect which will eventually oversee more banks officially using blockchain systems for increasing security, transparency and ease of access. The USPTO application can be accessed here.