John McAfee Will Promote Your Cryptocurrency Projects For $105,000 Per Tweet 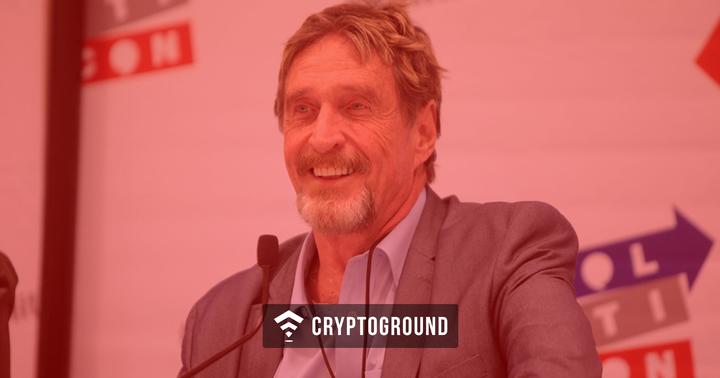 British-American computer programmer turned cryptocurrency savvy John McAfee, found software company McAfee Associates and has been in the cryptocurrency controversies since forever! He resigned from the position of chief cybersecurity visionary at U.S. based MGT Capital Investments to drive all his focus on cryptocurrency. He is often seen advertising lesser-known altcoins on his social media profiles. In January end, when was asked if he gets paid for the tweets, he didn’t like the question and said,

"I would say definitely they tried to pay me. I'm not going to talk about my personal finances where I make my money or from who. I set up on stage as it’s my business and it should be everybody's business. And actually, I think it's rude to even ask such questions of people. No offense."

McAfee now made a public statement that he sells such tweets for six figures each. After months of promoting cryptocurrencies over Twitter on a daily-turned-weekly basis, McAfee revealed that he charges for such promotional tweets. He charges a whooping amount of $105,000 for each tweet to promote ICO (Initial Coin Offerings) or digital coins. His team also wrote a guide on McAfee Crypto Team where McAfee along with his team promotes ICOs. There he detailed on how these promotional tweets work. He believes $105,000 when divided among his 810,000 followers; the cost per 'investor' is only $0.13. And unless there are exceptional circumstances, they will not tweet more than seven times per promotion. McAfee said,

"It's self-aggrandizing and ego stroking for us, however, if you're planning an ICO, trying to boost a coin or want to shine a light on your latest project, you should overlook our swollen egos and see."

He has also been criticized for his new venture, and he addresses it as:

"They say I sold out 'cause I use my tweets to promote, but the last 200 ICOs that lined up, we rejected 195 and chose 5. I only promote what I believe."

He started a series called "Coin of the Day" in 2017 to promote cryptocurrency and surely had power to flourish the market. Analyzing the Twitter poll conducted by McAfee himself, McAfee Crypto Team says that the numbers are arrived at through “statistically valid percentages.” It also claims that 259,000 of McAfee’s Twitter followers "have more than 50% of their total assets in cryptocurrencies," and that 224,000 of his followers represent, "at a minimum, $4.48 billion in crypto investment."

"Within the cryptocurrency industry, nothing can match the power of a McAfee tweet. Frequently, a single tweet has resulted in more than a million dollars of investment into an ICO, and multiple currencies have increased more than 100% in price from a single tweet."

The claims inevitably show some accurate statistics, but at the end of the day, it is up to the audience to decide as to whether to trust him or not.