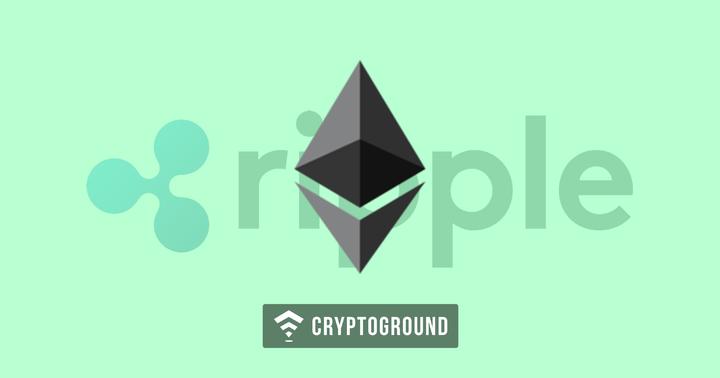 Fundamentally speaking, every cryptocurrency that exists has two options that it can decide to go with. Either it can start off with its own ledger and have miners dedicatedly mining for them and secure a network, or they can choose to launch a new currency on an existing network. Of late, the second option has been quite popular with many currencies and the biggest benefactor of this is Ethereum.

The Ethereum network has been catching the attention of these new cryptocurrencies, mostly due to their ERC20 token standards. The Ethereum ecosystem continues to grow with every passing day as more and more currencies rely on them. However, Ethereum isn’t the only name in the game. There are many other similar networks which are trying to replicate this model of success such as Stellar and NEO, which are seeing moderate amounts of success as well.

The Ripple network may soon become the latest name to head this direction. So far, Ripple has been known to be very hostile to ICOs on their platform. There have been attempts but none successful. However, for the first time, it seems that we may actually see a successful Ripple based ICO. Allvor, a Brazil-based startup is all set to launch a project on the Ripple network - a very ambitious move.

Unlike Ethereum and other similar platforms, Ripple has not been as open to this idea. "XRP Ledger is open-source and a decentralized platform, so people can build whatever they want, but Ripple isn't interested in promoting or supporting ICOs on the ledger," a Ripple spokesperson had said.

Why Allvor Chose The Ripple Network

Allvor is attracted towards the Ripple network because of the fact that it offers fast transaction speeds and it is designed in such a way that it would make just the perfect base for an e-commerce setup. "The ideal would be if a merchant of any size could install the software or plugin that makes the ALV payment feasible within 10 minutes," said Allvor co-founder Cleyton Domingues. "Our challenge will be to develop the software that makes the integration possible." Allvor’s white paper indicates that they will be able to set up a ‘truly global’ system of e-commerce, thanks to Ripple’s hybrid payment gateways.

Interestingly, Allvor does not have any investors but has bootstrapped the project itself - leaving airdrops as the only option. Allvor will be creating 100 billion ALV tokens - with 5 percent being sent to existing XRP holders if they choose to opt-in. This calculation will be based on the amount of Ripple owned by these holders as of March 27.

However, while Ripple maintains a strict stance towards ICOs on their network, the matter of the fact is - that having ICOs on the Ripple network would be a big benefit for them. Ripple is having a hard time getting listed on many exchanges, including the likes of Coinbase and GDAX. However, following the relaxation of their anti-ICO approach, the platform might just become a little more favourable in the eyes of the exchanges.

Ripple has maintained a safe distance from having ICOs because of the dubious reputation that many ICOs have had over the years. However, this reputation has earned them the ire of the markets as well as of many investors. As mentioned above - this might also help Ripple get into some exchanges where it is yet to be featured in. Moreover, Ripple prices too may benefit due to this. With this being only the second ever ICO being attempted on the Ripple network - could Ripple secretly be wishing for its success? Could Ripple possible be heading the Ethereum way?