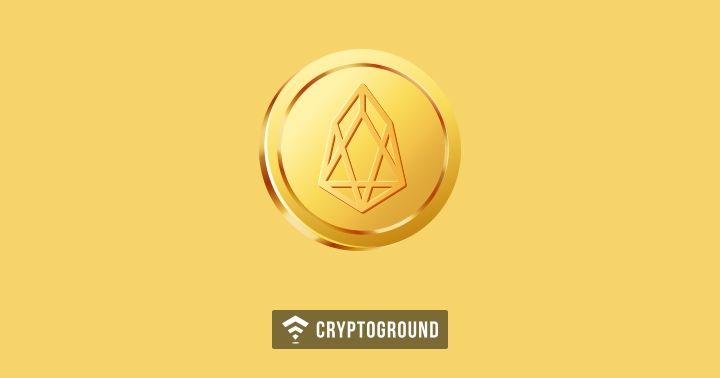 EOS was built with the idea to bring together the best features and promises of the various smart technologies like security of Bitcoin, computing support of Ethereum, etc. in one easy to use and massively scalable DApp platform for everyday users to empower the impending blockchain economy.

In order to understand EOS, let us look at the current blockchain tech first. Bitcoin and Ethereum brought the idea of public ledger system and increased the demand for decentralized applications. But for blockchains to properly operate, the problems sheer volume and effect on real world businesses needed to be addressed. When the financial industry processes a 100,000 transactions, Bitcoin is limited to only three per second.

In 2013, decentralized exchange systems or Bitshares were launched in the similar technology as of Bitcoin and was very reliable and predictable, but it still remained far from the requirements. In 2015, Bitshares were completely rewritten with the introduction of Graphene. his was able to achieve 100,000 transaction per second on a single machine. In 2016, Steem was launched which took the block rewards which are wasted in mining and redistributes them to people who are posting on the blockchain, enabling thousands of people to become active participants through massive decentralization allocation of funds.

Even after this, there are many problems to be addressed. With the increasing need of the Blockchain industry, developers are building computers from scratch based on decentralized system that can run smart apps. And in this process, developers continuously solve the same problems of accounts, recovery processes, etc. When it comes to the operating system, EOS is aimed to provide it. EOS is enabling developers to focus on the business logic more by providing a system with all the core functions like user authentication, server hosting and cloud storage.

The Team Behind EOS

The company is headed by the CEO Brendan Blumer who met with the company’s CTO Daniel Larimer in 2016 to work together. Brendan Blumer is an American-born entrepreneur who has been into tech since he was 15. Daniel is a software programmer and has also played major positions in projects like Bitshares and Steemit. Brock Pierce who holds the position of chairman at the Bitcoin Foundation and Ian Griggs, the creator of the Ricardian Contract were also the partners of this company.

The current team of EOS is as follows below:

Getting Started with EOS

No official full form exists for EOS, and the creators have decided not to formally define it themselves. Many believe that EOS is different for different people.

EOS consists of two key elements namely, EOS.IO and EOS tokens. EOS.IO controls and manages the EOS blockchain network by using the architecture. On the other hand, EOS token is only the currency of its network. A developer can use all EOS network resources only by holding the coins. Token holders can also rent their bandwidth to other participants.

The EOS.IO software provides various functionalities such as account creation, authentication, databases, asynchronous communication and the orderly execution of applications across multiple CPU cores and/or clusters which results in a blockchain architecture that holds the potential to scale to millions of transactions per second, while eliminating user fees at the same time. Additionally, it also allows for quick and easy deployment of decentralized applications. The EOS tokens does not have any feature or functionality on the EOS platform.

EOS tokens are distributed at certain times and it only allows very limited people. To participate in these distributions, one needs to have an Ethereum compatible wallet. Wallets like MetaMask and MyEtherWallet are recommended. The minimum contribution required in a distribution is 0.01 ETH. Also, wallets having less than 1 EOS token can be rejected.

The Strengths of EOS

How to Buy and Store EOS

The EOS can be bought on many trading exchanges like Binance where it is paired with some of the major cryptocurrencies such as BTC, ETH, BNB, KRW, and USDT, which is a pro for the user of EOS as this allows the users to access or obtain the EOS token by using any of the above mentioned cryptocurrencies that they might be holding.
EOS could be stored on any wallet where Ethereum can be stored because it was an ERC20 token. But after the mainnet release in June 2018, wallet supports are given by EOSIO, R1 Elliptic Curve and Infinito Wallet.

Crypto Economy is a reality that is changing the economic landscape right now, and in a much faster way than many people may imagine. While there are many merchants who accept cryptocurrencies, many reports are stating that the use of Bitcoin is getting lower and lower with time.

Within the US, EOS has taken lead with Ripple, NEO and TRON right behind it. With so many currencies, it was always clear to everyone that all currencies will not make it but there is still no way to determine which currencies are here to stay.

Bitcoin and Ethereum are probably going to stay but they have already shown us their potential and we  have to wait to see which one of the other 1500+ cryptocurrencies can stand out.

EOS might have a very bright future. With a very good team and proper capitalization, this is the fastest growing platform in the Blockchain ecosystem. Looking beyond the recent attack of hackers who injected about $1 billion worth of fake EOS tokens into the exchange, EOS can still be big in the future because of its technology. EOS’s superior technology is already bringing it to stand ahead of Bitcoin and other currencies in rankings.

How EOS is Different from Other Coins?

There are many coins like Ethereum that provides decentralized application facilities but why EOS stands out is because it focuses on the actual problem points of blockchain like speed, scalability and flexibility.

Several problems arise due to the increase in size of DApps ecosystem on a particular blockchain network but EOS claims to be able to support thousands of commercial-scale DApps without hitting performance bottlenecks. It also comes with many key usability features like web toolkit, self-describing interface and database schemes that make developers’ jobs very easy.

Ethereum represents accounts by strings of numbers and letters which is quite unrealistic for an average customer to adopt. Whereas EOS has several features that consumers expect in a mainstream platform, such as account recovery and human-readable usernames. This improves user experience because readable usernames like @rayjohnson can be more accurately used than random strings like “bkjbj33hvj433”.

One aspect that it takes no transaction fees is completely different from other cryptocurrencies. Also developers on blockchains generally use a specific language to build their applications, EOS allows developers to compile in Web Assembly.

Should you invest in EOS?

EOS was developed with scalability in mind and its biggest competitor, Ethereum is in a shaky position. EOS is maintained by a very good team and is very well funded.
When the crypto space is filled with inexperienced people, it is surely good to have a leader like Dan Larimer who has already done a great job in several projects and already making EOS on top charts.

With the help of decentralized applications, the infrastructure need of IT companies is getting reduced and as more and more companies join it, the potential of this platform will surely increase very high.

Not to mention that EOS managed to raise around $2 billion via a year-long ICO, which allows them to easily dump Ethereum on the open market. EOS is still having a lot of time to work on and at present, it seems safe and good to invest in it.

Here are some frequently asked questions on EOS.

What is the purpose of a year-long token distribution?

In order for this system to be successful, it is important the network is able to send the tokens far away in the ecosystem. The distribution system is actually doing the job of the mining protocol.

Also, the distribution system is protecting the community from small groups of participants who can corner the market and sell back the tokens at large.

Is there inflation or mining? How does that work?

Well, there are no miners. There are only block producers who produce 21 blocks in a 21 block setup. In every round, the order of block producers is randomized.
The actual mechanism used to produce EOS tokens is called Delegated Proof Of Stake (DPOS) mechanism. As mentioned earlier, every user who holds EOS tokens has a claim on the network.

The EOS coins are created not by miner but by producers. Every EOS holder can vote for a producer on the network. The people who receive the most votes validate all transactions on the network and are called producers.

Won't Daniel Larimer just leave the EOS project after a little while to work on something else?

Many critics feel that Daniel Larimer abandoned his previous projects to work on new projects. So, they predict the same might happen with EOS.

But, this is only one perspective. If we look at all these projects closely, we can easily observe that all his projects were in a very healthy state when he left them. Also, EOS is in the hands of not one, but many good leaders and even if he leaves, it might still have a great guidance.

The potential of EOS is huge but there is some time before we will realize what fruits it can bear. The EOS ecosystem is still taking shape day by day and a lot will be worth observing in the near future. Whether you should buy, hold or day trade your EOS holdings is purely your decision. However, from the past trends, holding cryptocurrencies has proven to be more effective than trading the same.