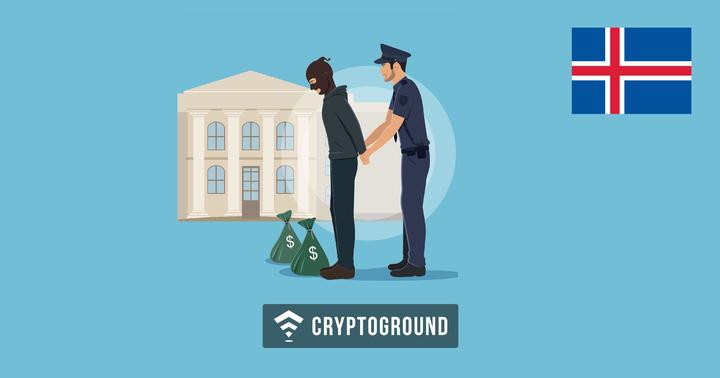 According to reports from Iceland, the main suspect behind the burglary of more than 600 computers used in mining operations has fled to Sweden. Involved in dealing and mining of bitcoins and other virtual currencies, police officials said that the suspect, Sindri Thor Stefansson broke out of the low-security prison in Iceland and escaped from there on Wednesday.

Stefansson is one of the suspects in this burglary where more than 600 computers worth millions of dollars and other mining equipment for mining Bitcoins were stolen. He also stole some altcoins. All this was stolen from data centres in Reykjanesbær, located near Reykjavik airport, and Borgarnes on Iceland’s west coast. The local media has named the theft as the “Big Bitcoin Heist”. Cryptocurrency prices were riding a high during December 2017 and January 2018. Stefansson fled from the prison in low security and broke down the window of the prison. As per BBC reports, he boarded the same plane in which Iceland’s Prime Minister Katrin Jakobsdottir was traveling to Stockholm.

The accused was smart enough to break down the prison’s window and traveled 60 miles to Keflavik International Airport where he showed a stolen passport issued in another person’s name and fled to Sweden. As per the recent reports by Iceland Police officials, an international arrest warrant has been issued. However, Sweden’s police have not arrested him as of this writing. He was later identified at an Iceland airport while examining the CCTV footage and is expected to be flown to Arlanda airport in Stockholm.

The main purpose of this burglary was to get hold of the powerful computers which would be useful for mining bitcoins and other virtual currencies on a large scale. The Iceland police have arrested 22 people including a security guard in connection with series of burglaries but have found no closure in the cases. The police peg the value of this theft to more than $2 billion of bitcoin on Stefansson.

Stefansson had been in the custody of Iceland police since February 2018 but was shifted to a facility in southern Iceland, 60 miles from the airport about 10 days ago. The stolen computers are still missing and it has been found out that the prison where he was held, is unfenced and inmates have access to telephones and the internet. It was seen as highly irrational to keep a high profile prisoner in such a facility. The theft came as a shocker in the normally low-crime country of Iceland.

The stolen computers, hard disks, memory disks and graphics cards used for mining bitcoin and other virtual currencies, have to be recovered yet. Iceland has become a refuge and safe haven for the bitcoin miners. With an adequate power supply at low rates, conserved from the volcanic activity and appropriate cooling temperatures to keep the computers running, Iceland is an ideal mining destination. The Iceland region has a very moderate population of around 3,40,000. The power supply is available more liberally to bitcoin miners than households.

As the value of bitcoin is constantly rising, this has given the incentive to bitcoin miners to expand operations. Currently, the cost of a single bitcoin is worth around $8000 and is still enticing enough for more people around the world to trade in bitcoin.