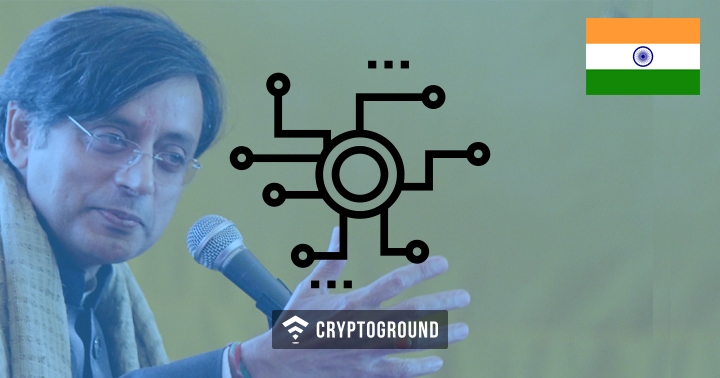 Shashi Tharoor, a member of the Indian National Congress and a Member of Parliament for India’s Lok Sabha, has now become the latest name to support blockchain technology in India. Tharoor tweeted his support for the technology saying that blockchain enhances efficiency and transparency.

Tharoor’s comments came after the Lok Sabha’s discussion on fertilizer subsidy. The government has been debating the issue of farmer subsidy and making it easier for the farmers to get much-needed fertilizers at a subsidized price. On this, Tharoor pointed out that the NITI Aayog, India’s policy think-tank, had started the initiative where the government would make use of blockchain technology to distribute subsidies to the farmers. Tharoor’s tweet read.

“The Lok Sabha discussed fertilizer subsidy today. I wanted to ask them about the Niti Aayog’s initiative to use blockchain technology in the distribution of fertilizer subsidies across the country. goo.gl/uGwxYo. When will they start implementing it? @amitabhk87”

In his Tweets, Tharoor points out that blockchain is a technology which ensures that the records stored on it are permanent and while new data can be added, the existing data cannot be tampered with. He praised this technology as a “one-stop shop for efficiency, transparency and accountability,” urging the government of India to implement the use of blockchain technology across various sectors and to make use of it providing other kinds of subsidies as well.

“Blockchain, a one-stop shop for efficiency, transparency and accountability, is a digital open ledger available permanently, that allows only additions and not deletions of records. goo.gl/mcBVU7. When will government start using it for other subsidies? @amitabhk87”

Tharoor, who is an active voice in Indian politics has a huge following in the country and is a popular leader among the Indian youth. He is a senior member of the Indian National Congress, the largest opposition party in the country. Tharoor, who represents Thiruvananthapuram has now joined the elite league of Indian politicians actively supporting the blockchain technology.

India has made a decent amount of progress when it comes to implementing the blockchain technology. The NITI Aayog has been the biggest government body to be looking into blockchain projects. Earlier this year, India had planned to issue degree certificates over a blockchain system. This was followed by a crackdown on counterfeit drugs which would make use of blockchain technology as well.

While India’s blockchain policies are quite relaxed and backed by the government, the country’s stance on cryptocurrencies is quite different. A circular issued by the Reserve Bank of India earlier this year had stated that all regulated financial bodies must stop providing banking services to organizations and individuals dealing in cryptocurrencies. However, the country’s stance towards blockchain tech is much more favourable.

The Indian Prime Minister, Narendra Modi, too, has been an active proponent of the blockchain technology. Earlier this year at an event, the PM called it a ‘disruptive’ technology which is all set to bring several innovations in the country. While Tharoor and Modi may not agree upon many issues, the use of blockchain technology in governance and administration seems to be something that both these gentlemen support.