What is the meaning of HODL? 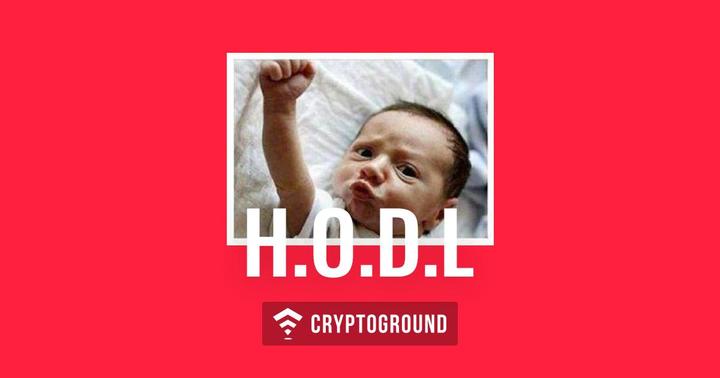 The cryptocurrency community used to be a close-knit group of people from around the world till early 2017. However, over the past one year - hundreds of millions of new investors have entered the markets. Every time a community develops around a mutual interest (cryptocurrencies in this case), they tend to develop their own jargon. One such word which has had many people confused is the word - HODL. Let us take a look at the meaning of HODL, its origins, as well as other similar words:

The origin of HODL

To someone who isn’t involved in the world of cryptocurrencies, HODL would seemingly have no meaning. Even if you open up your dictionaries - you won’t find such a word there! This is a jargon used by those involved with cryptocurrencies and cryptocurrency related discussions. This is a word you’d find on many forums, as well as on memes.

There are many variants of this word as well. Hodler, Hodling, etc. However, while many people use this word - not many people know how the word came into existence. The meaning of HODL is basically the same as ‘Hold’

HODL sounds like a dyslexic variant of the word ‘hold’. However, there’s quite an interesting story behind it. Back in the days when Bitcoin forums used to be very active, a user with the username GameKyuubi posted ‘I AM HODLING’. While the user accidentally switched the alphabets in the sentence - this sort of caught on and became a running joke on the forum. However, as is the case with any popular joke, it soon spilt out of the forums and caught the attention of other platforms such as Twitter, Facebook and Reddit.

The meaning of HODL, in the simplest of words, is basically HOLD. It isn’t even a word actually. It is a typo which became so popular that it has since replaced the actual word. A popular acronym for HODL is 'Hold On for Dear Life'.

Why Should You HODL?

Now that you know the meaning of HODL, you should also know the art and science of hodling and why it is important to do so. Cryptocurrency prices are always fluctuating. Of late, the opening and closing price may vary by thousands of dollars. When the currency rises, it is all well and good. However, people start to panic during a period of fall. This is when hodling kicks in.

To hold or hodl a currency is to not sell it off in the wake of a price fall. This is done in the hopes of a sharper bounce back. Historically, any time that Bitcoin has fallen, it has always managed to recover stronger than ever before. The currency fell to $2900 during September of 2017. However, later that year the prices went on a mega-surge and ended up touching $19,000.

This is the reason why hodling is important. Many Bitcoin experts have only one word to say when you ask them for advice during a rough time in the markets - ‘HODL’. Now that you know the meaning of hodl, it is time to implement this advice! HODL HODL HODL and wait for the moon!