Govt. of Crimea Looks At Cryptocurrency Funds To Negate The Effect of Financial Sanctions 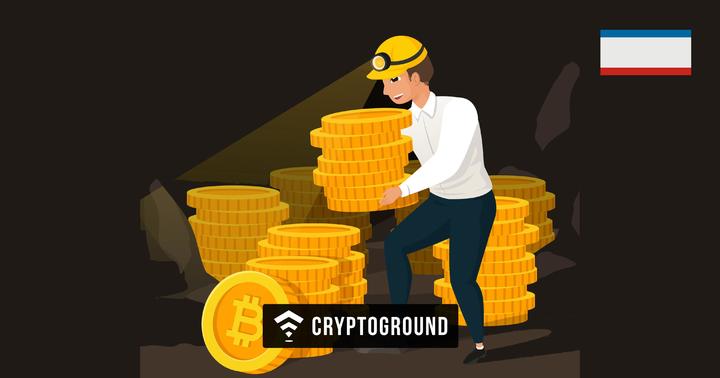 Crimea has been a region in conflict for the better part of this decade. However, the Russian annexation of Crimea was the straw that broke the camel’s back. After Russia illegally annexed Crimea - most countries in the west imposed several economic sanctions upon Crimea - making it into a cash-strapped economy. However - it now appears that Crimea is looking at cryptocurrency funds to bypass these financial sanctions.

Reports from Tass, a Russian publication claim that the Government authorities in Crimea are now discussing a plan to set up a cryptocurrency fund which would allow people from other nations to directly send them payments via cryptocurrencies despite the sanctions. Reportedly, the Crimean Vice Premier Gregory Muradov is keen on this plan.

Based on these cryptocurrencies that the country gets via the Cryptocurrency fund, they will convert it into fiat currencies and use for the development of the nation.The Crimean Vice Premier recently commented, stating:

"By the way, we are discussing these schemes of circumvention of sanctions. One of the ways is the creation of a cryptocurrency investment fund in the Crimea where we can accumulate cryptocurrency resources, transfer them into ordinary money and then use them to implement certain investment projects in the Crimean land."

Gregory believes that Cryptocurrencies are a way of avoiding settlement of payments in USD, EUR or other currencies from regions which have imposed sanctions on Crimea. Yesterday, Anatoly Aksakov, a Russian official heading a committee on Financial Market visited Crimea to attend the Yalta International Economic Forum. It was here that he announced that cryptocurrency exchanges and ICOs will soon be made legal in the region.

The Yalta International Economic Forum which is currently underway in the resort city of Yalta located near the Black Sea witnesses over 3,000 attendees from over 60 nations across the world. These announcements from Aksakov were made at this event.

However, despite the fact that the government is going liberal on the cryptocurrency exchanges and ICOs in the region - cryptocurrency mining still remains prohibited in Crimea. This is primarily because of the fact that providing enough electricity to Crimea is in itself a hard task. Aksakov stated that "Mining for the Crimea is an illusion, but ICO and crypto-exchange are quite real.” However, he added that organizations in the sector are working hard towards this issue.

In the past too, several government officials have been high on the idea of making use of ICOs to generate money for the country. To add to this, Russia has now laws which govern cryptocurrencies at the moment. Aksakov has been working on setting up a framework to regulate cryptocurrencies and ICOs in the nation - but it is yet to come into action.

Russia, which aims at legalizing cryptocurrencies by July recently tried to ban the Telegram Messenger - the most common platform used by cryptocurrency enthusiasts, trying to ban 20 Million IP addresses to ban the platform. However, it appears that most users can still access the app without the need for any external measures being put in place. In the past, other cash-strapped economies such as North Korea - which also have various sanctions imposed upon them - have tried to make use of cryptocurrencies to get funds.