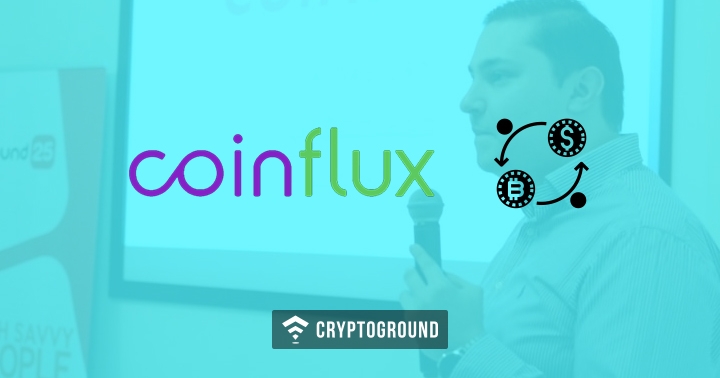 The CEO was detained earlier this week on Tuesday and is detained for extradition to the United States. Following the arrest, bank accounts of the platform were frozen along with any transaction abilities; spreading across to customer wallets too. Customers of Coinflux were left without an official update for 24 hours until the company released a short announcement on Twitter stating that digital exchange services have stopped temporarily on their platform.

A lengthier statement was published via Medium the following day:

"Due to a recently started, unexpected investigation, we are in the unpleasant situation of temporarily stopping any digital currency exchanges.

Unfortunately, our company’s bank accounts have been frozen, situation which affects the CoinFlux wallets as well. We are doing all possible efforts, along with our legal advisers, to make sure everyone who had money deposited in CoinFlux wallets gets it back."

The statement goes on to explain that the team is facing restrictions internally as well and are unable to access key parts of the platform. The allegations and arrest were "unpleasant and unexpected" with the situation still developing. Vlad was arrested on account of alleged financial fraud, money laundering, and computer fraud amongst other allegations.

The Coinflux website claims to have served more than 19,000 customers globally, recording a turnover of over 200 Million Euros since 2015 in trading Bitcoin, Ethereum, Litecoin, and Ripple. In 2017 alone, the exchange had more than 32,000 transactions.

Reportedly the son of one of the founders of Banca Transylvania, the second largest financial institution in Romania, Nistor has over 7 years of experience in the financial world. Prior to founding Coinflux in 2015, Vlad Nistor was a Portfolio Manager of Retirement and Pension Funds, handling client portfolios of a combined value of over 500 Million Euros.

Local media outlets and advocates have alleged that the arrest may not be lawful under Romanian law, however, the authorities have denied such claims.