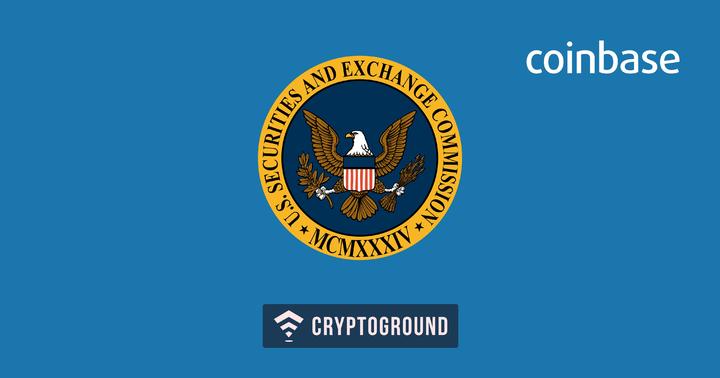 Reports from the Wall Street Journal indicate that Coinbase, which is one of the biggest cryptocurrency platforms in the world - is planning to register with the Securities and Exchanges Commission (SEC) as a licensed brokerage firm. Reports claim that Coinbase has already reached out to the SEC over this matter.

Coinbase is the largest cryptocurrency exchange in North America. If the SEC approves this and Coinbase becomes a regulated brokerage firm, it would mean that the company can list those cryptocurrencies which the SEC has classified as ‘securities’ - giving it a major advantage over other cryptocurrency exchanges in the nation. Moreover, this would also urge other exchanges to either get regulated and licensed by the SEC or lose out on the opportunity to list those securities.

As per Coinbase COO Asiff Hirji, these increased regulations would help Coinbase list more cryptocurrencies - and specifically those which currencies which carry some sort of a regulatory certainty. “The assets that we do list have all had some amount of regulatory certainty,” Hirji told CNBC. “As soon as there is more regulatory clarity than there currently is, you would expect us to start listing more assets.” As of this writing, Coinbase is yet to comment on the issue.

By becoming a licensed cryptocurrency exchange, Coinbase would be able to list many ICO tokens on their platforms. Considering that most ICO tokens are securities, they can only be traded on platforms which have registered with the SEC as a regulated exchange. Interestingly, Coinbase had made an announcement a few days ago where they revealed that they will be helping the US SEC determine which crypto assets can be classified as security token.

Coinbase has traditionally been viewed as a platform with a very limited offering. Regardless of that, however, Coinbase is the biggest name in North America. Once it gets the license and starts listing more currencies, Coinbase is expected to grow even more and become a financial powerhouse in the crypto-economy.

When it comes to listing new tokens, Coinbase has been getting increasingly liberal with every passing day. Last week, Coinbase announced that they would now be supporting ERC20 tokens. Now, with the move towards regulations, the company can list new tokens and ICOs which are classified as securities by the SEC.

However, there are some who are displeased with Coinbase going the regulated way. This would give government bodies such as the SEC more power over the exchange. Following the registration, the SEC can examine trade records of the company, as well as go through their cybersecurity as well as policies. The government can also instruct the exchange to change certain policies. Moreover, Coinbase has been in the government’s crosshairs for quite some time now. The exchange was recently asked to divulge the details of 13,000 users who had been trading high volume of cryptocurrencies.