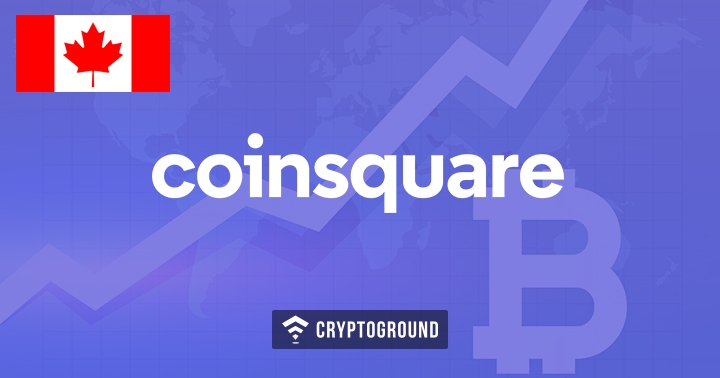 Canadian cryptocurrency exchange Coinsquare has announced its plans to expand into the European market by Q4 of 2018. With this move, Coinsquare's customers across Europe will have access to its entire suite of coins - Bitcoin (BTC), Bitcoin Cash (BCH), Ethereum (ETH), Litecoin (LTC), Ripple (XRP), Dogecoin (DOGE), and Dash (DASH).

This is Coinsquare's first international expansion under the Coinsquare brand. Earlier in July, the Toronto-headquartered exchange partnered with DLTa21, a global cryptocurrency investment bank, to launch a cryptocurrency exchange in Japan, through Coinsquare Licensing.

"Entering on a massive market like the EU is an exciting step closer to Coinsquare's vision of becoming a global 21st-century financial institution. [...] we are careful in how we expand internationally to ensure we can offer the same high quality, secure service in every country we operate."

Thomas Jankowski, Chief Digital and Growth Officer of Coinsquare said, "Cryptocurrency investors globally want a platform they can trust. Coinsquare is a regulated, fully-compliant trading platform and we're thrilled to offer the European market the same secure and intuitive interface that we offer to Canadians."

Coinsquare claims $5 billion per year of cryptocurrency trades and over 100,000 customers. Earlier this year, the exchange unveiled its plan to launch an initial public offering (IPO)  to raise $150 million and go public on the Toronto Stock Exchange (TSX) in September to help finance its overseas expansions.

Recently, it launched Coincapital, a new investment fund and portfolio manager that will offer a suite of investment products focused on emerging technologies including blockchain, artificial intelligence, and cryptocurrencies. Other announcements include the launch of Coinsquare Licensing, a division built to cryptocurrency trading solutions globally using Coinsquare's technology, and the addition of the highly anticipated XRP (Ripple) token to Coinsquare's listings.