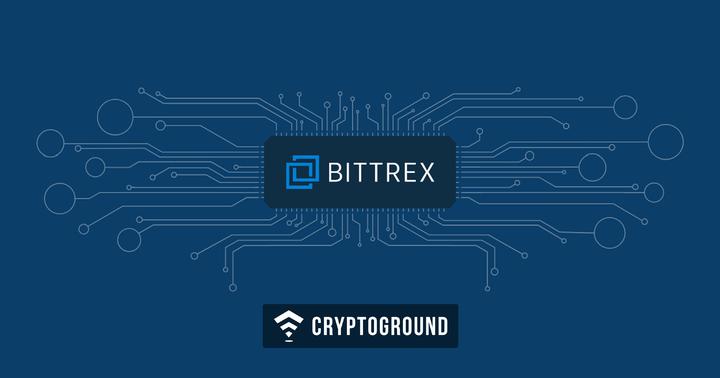 Bittrex is a popular name when it comes to cryptocurrency exchanges. The platform is known for its simple interface and user-friendly layout. Earlier this week, Bittrex had announced that they are going to hold the first ever Initial Exchange Offering (IEO) on the 15th of March. However, on the 14th of March, Bittrex announced that these plans have been cancelled. This cancellation announcement came just a few hours before the IEO was planned.

To put things in simpler words, an Initial Exchange Offering is basically a token sale which is being held over a cryptocurrency exchange. While this concept is not completely new, Bittrex has just branded it differently. Other names such as Binance have tried this in the past and have been pretty successful too. The Binance-based BitTorrent Token Sale was quite a success. Binance’s ‘Launchpad’, which is the name that they have given to their token sale platform, also conducted another successful token sale with Fetch.AI

The token that Bittrex was going to offer via IEO was the RAID token. As a part of this token sale, Bittrex users would be able to purchase RAID tokens (XRD) using BTC. Bittrex CEO Bill Shihara was quite optimistic about the token sale, but had to pull the plug off the project at the last moment. The big question now is - why did Bittrex cancel the IEO at the last minute?

Why Was the Bittrex Token Sale (Initial Exchange Offering) Cancelled?

The Bittrex Initial Exchange Offering was cancelled less than a day before it was supposed to take place. Bittrex came out with a press release which explained why this had been done. The company stated that the IEO stands cancelled because RAID and OP.GG terminated their partnership before the IEO can take place.

Given how critical this partnership is for RAID, Bittrex decided to cancel the IEO ‘in the best interest of their customers’. Here’s what the company said:

We decided to cancel the IEO as a result of significant changes in the business status of RAID. Specifically, a few hours ago, OP.GG terminated its strategic partnership with RAID, which was a vital part of the RAID project.  When Bittrex International became aware of this significant event, we did not feel that it was in the best interest of our customers to move forward with the IEO.

The company did not inform anything about their plans for a future Initial Exchange Offering. However, given the success that Binance Launchpad has been enjoying, it is likely that Bittrex is going to give this idea one more try soon. Stay tuned with us for more updates and news stories from the world of cryptocurrencies and the blockchain technology.

FedEx Makes Use of Blockchain Technology To Improve Transparency in Lo...