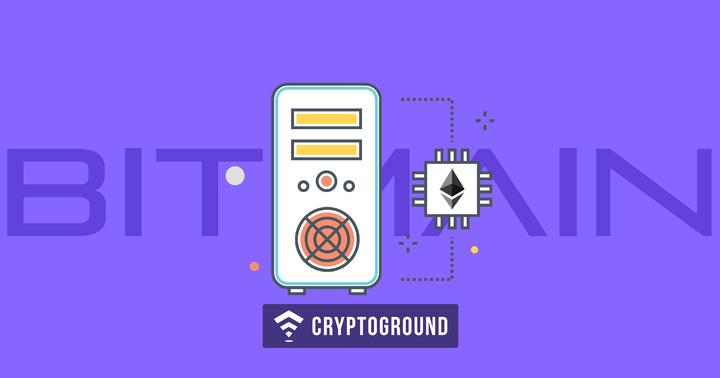 Ethereum is one of the most popular names when it comes to the cryptocurrency markets. Mining for Ethereum is quite popular too. Unlike Bitcoin, which is possible to mine with the help of ASIC miners, Ethereum mining is only possible with the help of GPUs and the cryptocurrency is often called ‘ASIC resistant’. However, that may no longer be the case, as recent reports indicate that Bitmain may have developed an Ethereum ASIC Miner!

This news comes via Christopher Rolland, a Wall Street analyst for Susquehanna, who has sent out a note to clients stating that Bitmain has developed an Ethereum ASIC miner. If this news is indeed true, the implications of this are going to be massive, as Graphic Cards may soon become redundant, just like they became for Bitcoin mining. If an Ethereum ASIC Miner is truly out there, it is likely to replace all GPU-based mining operations in the near future - possibly resulting in the prices of graphic cards falling.

The current trend of mining Ethereum involves using rigs made of multiple graphic cards. These GPUs are usually from AMD or NVIDIA. With Ethereum mining picking up pace in 2017, both these companies posted profits higher than expected by most analysts. However, Bitmain is a major player in the mining industry too and thanks to their cryptocurrency miners, Bitmain’s profits were higher than that of NVIDIA last year.

However, these GPU-makers know that their time in the market isn’t long-lasting. Earlier this month, AMD had stated that there is a rising concern that if the demand for GPUs among miners falls, this may lead to a fall in their profits. This news of Ethereum mining on an ASIC device should worry them even more.

“During our travels through Asia last week, we confirmed that Bitmain has already developed an ASIC [application-specific integrated circuit] for mining Ethereum, and is readying the supply chain for shipments in 2Q18. While Bitmain is likely to be the largest ASIC vendor (currently 70-80% of Bitcoin mining ASICs) and the first to market with this product, we have learned of at least three other companies working on Ethereum ASICs, all at various stages of development.”

Both AMD and NVIDIA are likely to take a major hit from this recent development. Susquehanna has reduced the price target of NVIDIA from $215 to $200, while AMD takes a bigger hit as the target drops from $13.5 to $7. While Ethereum isn’t the only cryptocurrency which is mined using GPUs, it is the biggest name and a significant chunk of miners who buy GPUs buy it for Ethereum mining. The impact of this recent development would be visible on Ethereum’s price as well as AMD/NVIDIA stocks over the course of the year.