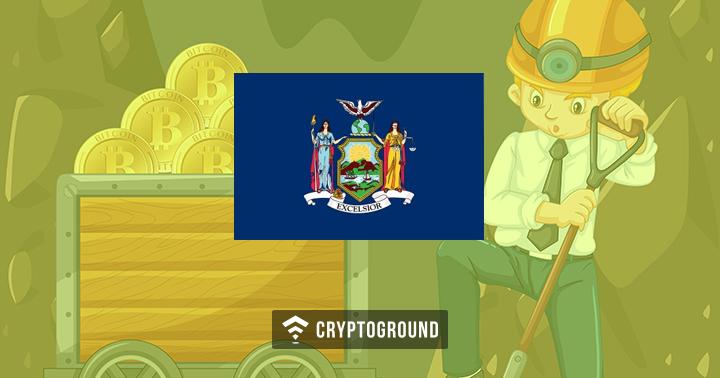 New York has been the business capital of the world for decades now. The state of New York might soon even become the Bitcoin Mining capital of the world as a $700 Million Bitcoin mining farm is expected to be set up in upstate New York soon. The project is being planned by cryptocurrency mining organization Coinmint.

Coinmint has selected the site for setting up this mining farm. What used to be a 1,300-acre Alcoa aluminium smelting plant in Massena, NY, will now be the world’s biggest Bitcoin Mining Farm. The company has already invested $50 Million to kickstart the process. Coinmint operates in New York via its American subsidiary firm North Country Data Center Corp. This would be the biggest Bitcoin mining farm in the world with a capacity of 435-megawatts.

Over the next 12 months, Coinmint is expected to invest a total of $700 Million while also creating 150 jobs in the area. While the focus here will be on mining Bitcoin, it is also expected that the company will be mining for Dash and Ether among other cryptocurrencies.

What allured Coimint to set up their mining farm in Massena, New York, was the cheap electricity prices due to the hydroelectric power generation in the area. Expanding on this process of selection of the site, Kyle Carlton, a Coinmint spokesperson commented:

"The start of operations is a key milestone towards the Massena site reaching its full capacity. The area's citizens and its hydroelectric power – a green alternative to the less sustainable energies used at other digital asset infrastructure data centres – was the catalyst for our move and will be foundational assets for continued expansion. The reduced electricity costs will enable us to compete in the rapidly emerging digital currency global marketplace."

The authorities of Massena town are also quite excited about this project - particularly considering the fact that 150 new jobs will be created. Coinmint has reportedly signed a 10-year lease on this property and this mining farm would be operational over the next 12 months.

The old smelting plant has been shut down since 2014. Earlier this year, the state of New York had decided that if they are going to be leasing out power to cryptocurrency mining firms, these firms would be charged at a higher price because of their high consumption - adding to the state’s revenue. Steve O'Shaughnessy, the supervisor of Massena town commented that:

"The thought of 150 jobs and revitalization of the Alcoa East Facility is exciting and what we have been working for. We are ready to provide any assistance we can to move this project to its full potential.”

New York has been quite attractive for setting up this mining farm because the state has the largest renewable hydropower in northeast America. The state of New York has three plants which generate a combined electricity of 28.7 gigawatts. What makes this even more attractive is the fact that Hydroelectric power plants are significantly more efficient than compared to traditional fossil fuel plants. Moreover, they also have a significantly lesser impact on the environment and consume way lesser natural resources.