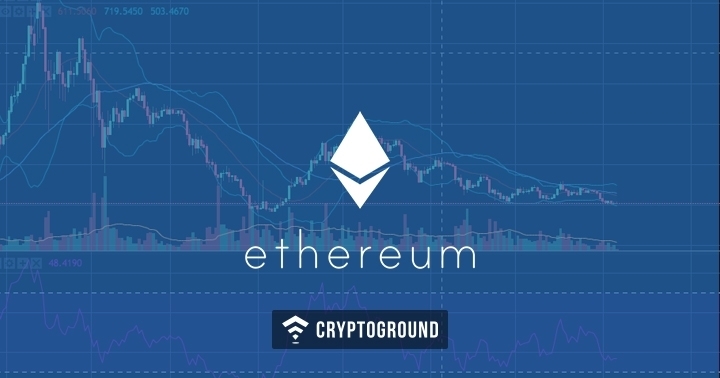 2018 started off with a bang for most cryptocurrencies, as a large number of altcoins hit their all-time high numbers. The same was with Ethereum, which hit a record high of over $1,400 in January 2018. However, it has since been a turbulent time for the cryptocurrency markets - and Ethereum felt the impact as it eventually dropped to a low of $172 in mid-September. These nine months have been a harrowing time for Ethereum investors, but those troubled times might soon be behind them - as a trend reversal is expected to take place soon.

Ethereum was in more troubled waters in September, as the currency, for the first time in 2018, dropped from the second position to the third when it comes to the overall market cap. Ripple had surpassed Ethereum and had shown record gains of over 120% over a 24-hour period, causing ETH to drop down to the third position. However, over the next 24 hours, Ethereum regained its #2 position.

What Led to Ethereum’s Price Crashing?

The crash in the price of Ethereum was primarily because of two reasons.

Let us take a deeper look at both these points:

It has now been over nine months that the cryptocurrency markets have been on a constant bearish momentum. Unlike the bull-run of 2017, the markets are rather dull and gloomy and have shrunk down to a quarter of the market cap as compared to last year.

While earlier this year, many expected that cryptocurrency market cap is all set to cross a trillion dollars and that Ethereum may even overtake Bitcoin (in an event commonly referred to as ‘the Flippening’) The flippening sounds like a distant dream now - and Ethereum, similar to most other cryptocurrencies in the markets, is caught in a strong downtrend as investors continue to disinvest from the cryptocurrency markets.

The second reason, that of ICO sell-offs is an Ethereum-specific issue. Considering that a significant reason for Ethereum’s massive growth last year was that a large number of ICOs were held on the Ethereum platform, once the ICOs began to sell off their holdings in exchange for fiat money due to the slowdown in the crypto markets, the price of Ethereum was also affected. And it was a chain reaction - as more and more ICOs sold off their stake, the price continued to crash - and the more the price fell, the more the currency was disinvested! Hence, the price continued to crash and a free fall led to Ethereum hitting a low of $172.

At the peak of the cryptocurrency bull-run in 2017, over 875 ICOs led to $6.2 Billion USD being raised via Ethereum. A majority of these projects were lured towards the Ethereum platform because Ethereum offered an open-source blockchain platform where these ICOs could build their own native tokens and offer them to the investors in exchange for the ETH that they are raising. To get an idea of how popular Ethereum-based tokens are, here is a statistic: there are over 1,100 cryptocurrency tokens that exist today. Out of these, over 965 tokens are based on the Ethereum platform.

However, this massive popularity also led to a big hit for the company when the ICO sell-offs began. A look at the graph below (via Santiment) showcases the ICO offloading - basically, figures pertaining to the amount of money that the ICOs were converting into fiat cash from Ethereum. While it is natural that all ICO projects would eventually convert their crypto to fiat cash to fund their firms, what went wrong here was that all of these firms sold off at very short intervals - leading to panic and chaos in the markets.

Trend Reversal on the Horizon

However, now that a massive number of ICO projects have liquidated their Ethereum holdings into cash and Ethereum has hit rock-bottom, there is only one way that the price of the currency can go - upwards!

Another reason why we expect that Ethereum is going to face a reversal in the trends is because of the fact that the platform is making significant progresses when it comes to scalability issues - and their latest ‘Constantinople’ testnet implementation coming up, as well as the possibility of a futures listing are all adding up to investor-interest towards Ethereum.

The fundamental idea here is that now that an overwhelming amount of funds that were raised via the means of ICO have been liquidated, the retail and institutional investors can finally begin to show faith in Ethereum because there’s not enough left to sell by the ICOs. While investors are always looking for the best opportunity to invest in cryptocurrencies, this appears to be one of the best such times to invest into ETH as it is on the verge of a bull-run and a sharp reversal in the trend anytime now.

Stay tuned with us at Cryptoground for all the latest news stories and updates regarding the blockchain technology and cryptocurrencies!