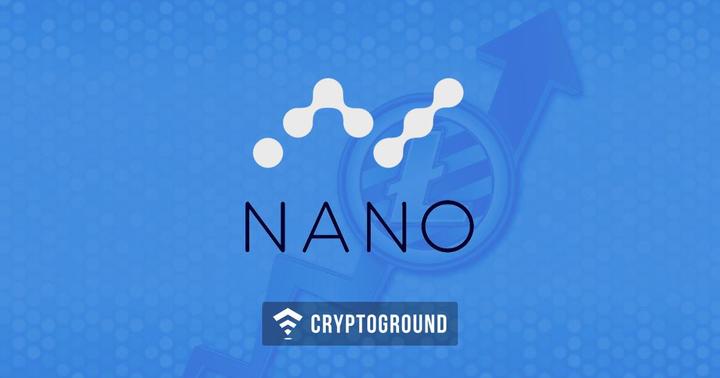 Formerly known as RaiBlocks, Nano is a cryptocurrency which has been in the news ever since they rebranded earlier this month. However, February hasn’t really been a great month for the currency as just days after they changed the name and the branding from RaiBlocks to Nano, $150 Million worth of Nano were stolen from BitGrail, an Italian cryptocurrency exchange under shady circumstances.

Lee has raised a few questions in a Reddit thread about the currency’s nature of operations. Nano, which has been a rising name in the world of cryptocurrencies caught the interest of Lee, who went through Nano’s whitepapers. On being asked why Lee went through Nano, he replied saying someone told him to check it out - and he liked what he saw! This is a big statement coming from one of the most influential names in cryptocurrency! Lee also admitted to have tried Nano payments to check the speeds.

He noticed that Nano claims of high scalability, decentralized nature, no fees, and instant transactions - however, Lee points out that for all of this, there need to be some tradeoffs. However, he also mentions that so far, there aren’t any ‘glaring holes’ in Nano’s approach. He asked five questions to Nano developers which were answered by Colin LeMahieu, the Lead Developer of Nano.

Here are the questions from Lee and answers from LeMahieu:

Question: What happens when there is a netsplit and 2 halves of the network have voted in conflicting blocks? How will the 2 sides ever converge when they start communicating with each other?

Answer: If the network had split and a transaction was somehow confirmed in both partitions, the nodes have a procedure to find ledger differences. They would then request a vote on the conflicting transaction.

Question: I know that validators are not currently incentivized. This is a centralization force. Are there plans to address this concern?

Answer: Nano’s goal is to make the validation process as inexpensive as possible; as higher cost validation requires stronger incentives. We have seen that if validation cost is sufficiently low, vendors & other service providers will be happy to run validation nodes as an inexpensive operating cost in return for lower payment processing fees.

In addition, we have some really cool projects that are being developed which will drive users to run their own nodes and provide turn-key solutions for anyone who wishes to do so.

Question: When are coins considered confirmed? Can coins that have been received still be rolled back if a conflicting send is seen in the network and the validators vote in that send?

Answer: A transaction is confirmed when a quorum of the online vote weight has voted for it and all nodes are programmed to bandwagon to the winning transaction. If a conflicting send is published after quorum has been reached, nodes won’t vote on the new send since a different conflicting one has already reached critical mass.

Question: As computers get more powerful, the PoW becomes easier to compute. Will the system adjust the difficulty of computing the work accordingly? If not, DoS attacks becomes easier.

Question: Transaction flooding attack seems fairly cheap to pull off. This will make it harder for people to run full nodes, resulting in centralization. Any plans to address this?

Answer: We’re exploring a combination of improving our consensus protocol in order to prioritize validating transactions, as well as either increasing our PoW difficulty and/or allowing prioritization partially based on higher-order PoW solutions.