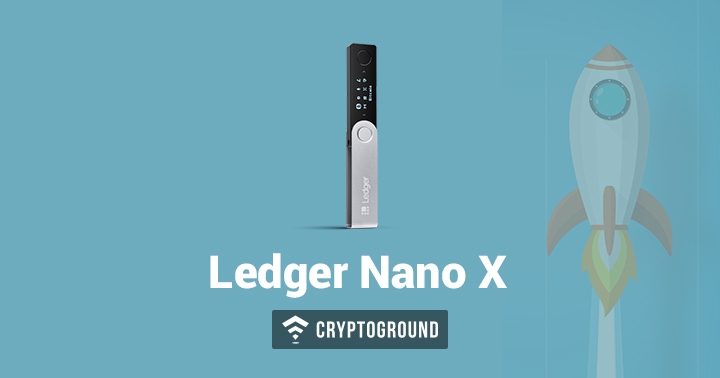 The Consumer Electronics Show (CES), held in January every year in Las Vegas. This year at the CES 2019, hardware-wallet manufacturer Ledger made a major announcement, as the company unveiled its latest wallet: the Ledger Nano X.

Ledger’s latest hardware wallet has one unique feature: it is a Bluetooth-enabled hardware wallet for storing cryptocurrencies. What makes this wallet really special is the fact that it comes out with a mobile app, ‘Ledger Live Mobile’ which would allow the users to connect via Bluetooth and to check their balance and manage their transactions using a mobile device. Users would be able to add apps for various altcoins directly using their mobile phones over Bluetooth - without having to plug their device into their PC, as was the case in the past.

This new wallet from Ledger supports up to a 100 crypto-assets. Ledger has called it their most advanced wallet to date. While Ledger’s previous wallets supported several hundred crypto assets, they had to be managed via third-party app support. The app is available for Android as well as iOS devices. The Ledger Nano X, however, comes with direct support for 100 crypto-assets, a major increase over the previous number of just 13 in Ledger Nano S.

Physically, the Ledger Nano S and Ledger Nano X look quite similar. However, a major difference between the two wallets can be seen on the screen, as the interface has been made a little larger on the Nano X. In a statement to Bitcoin Magazine, Ledger’s CEO, Éric Larchevê commented:

“Depending on the app, you can have from five to ten to fifteen wallets, but if you have a lot of crypto, you need to install and reinstall these to manage coins—it’s a lot of work. Now, with the Nano X, you have much more memory and you can have up to 100 applications at one time.”

While the CES is not a crypto-show, Ledger decided to unveil their latest hardware wallet at the CES 2019 event because, as per the CEO, “when you have more than a million users, you are really in consumer electronics.” As per a Press Release from Ledger, CES 2019 has awarded the Ledger Nano X with “Innovation Award in Cyber Security and Personal Privacy”.

However, talking of privacy, while this is a major step forward for hardware wallets, many have questioned the use of Bluetooth. This is primarily because wireless communications are more susceptible to unauthorized access. Social media platforms, particularly Reddit and Twitter have been abuzz with criticism of Ledger with regards to their move to Bluetooth. However, there have also been a number of users who have welcomed this move.

The Ledger Nano X hardware wallet has now been listed on the Ledger website for pre-orders. The pre-order price of the Ledger Nano X is $119 and it will begin shipping in March. Stay tuned with us at Cryptoground for all the latest news updates and stories from the world of cryptocurrencies and the blockchain technology.