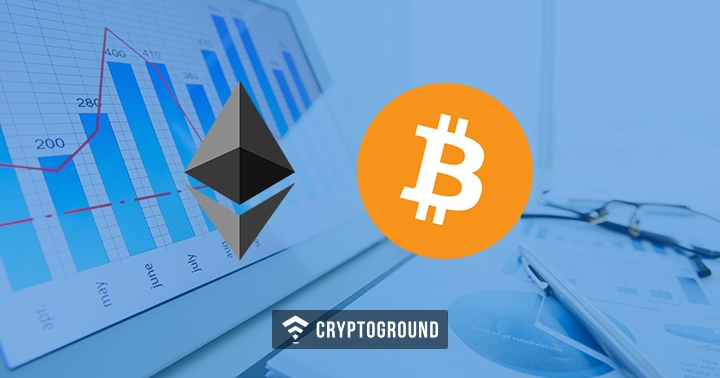 Barring the first couple of weeks, 2018 has not been a good year for cryptocurrency traders so far. The markets have been in a constant state of bearish momentum - and while we do see some bullish upticks on the graph, they are not a long-lasting trend. The general state of the markets as well as the investors has been rather gloomy over the past eight months. Today wasn’t an exception either, as the slide continued as Ether fell to the lowest point of the year and Bitcoin too went below the $6,000 mark.

Bitcoin went to a low of $5,922 earlier today. As of this writing, the price of the currency has managed to bounce slightly above the $6,000 mark and now stands at $6,040. These numbers are alarmingly close to the year’s all-time low, which came on the 24th of June, when the price of Bitcoin fell to an abysmal low of $5,785. Bitcoin, which peaked in at over $19,500 late last year - is down to almost a fifth of its value from the all-time high mark.

While market leader Bitcoin took the hit, the second largest cryptocurrency Ether too, felt the impact of this downtrend. The price of the ETH cryptocurrency swung to a low of $263 - the lowest it has seen all year so far. Ethereum, which earlier this year was closing in on the $1,500 mark has a long recovery ahead before it can break even the year’s high. This is the lowest that Ether prices have been since November 2017.

Many other cryptocurrencies are facing the wrath of the bears, as NEO, which during its peak fluctuated around the $150 mark, is now down to roughly $15. Bitcoin Cash is down to a low of $497, and Litecoin to $52. The Bitcoin market cap has also taken a blow, as it is down to $104 Billion as of this writing. The difference between the Bitcoin market cap and the market cap of other currencies continues to widen as Ethereum, the second largest currency now stands in at a market cap of just $26 Billion.

Moreover, it is not just the cryptocurrencies which are taking the hit - but the overall market capitalization too has been shrinking. The market cap has now shrunk to $192 Billion - the lowest point of the year so far. While late last year, many were optimistic about the cryptocurrency market cap heading north of a Trillion dollars in 2018, it appears that those bullish dreams would need to be put on hold at least for the foreseeable future.

While the Cryptocurrency markets continue to plunge, Bitcoin’s market dominance is on the rise as people (who choose to HODL) generally tend to disinvest from altcoins and put a significant chunk of their investments as Bitcoins. This has been a trend we observed to be on the rise over the past few days. The Bitcoin Market Dominance has now risen to 54% as Bitcoin now occupies $104 Billion in the total cryptocurrency market cap of $192 Billion.