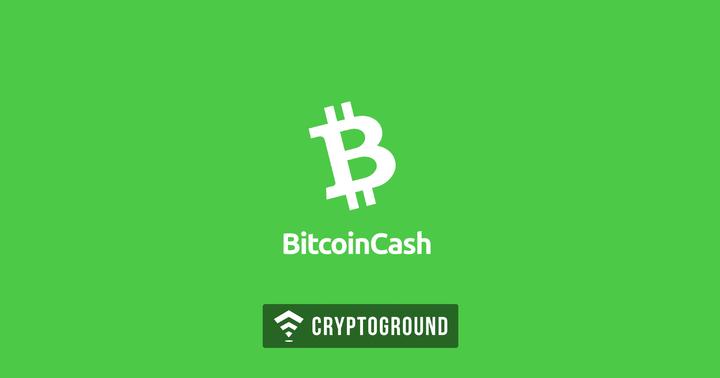 Bitcoin Cash is the most successful Bitcoin forks of all times. Latest reports indicate that even Bitcoin Cash is scheduled for a hard fork next month. This new Bitcoin Cash hard fork is aimed at making the network faster and allowing more transactions at greater speeds. This will be achieved by increasing the block size to 32MB. The fork will take place at 12:00:00 UTC on 15th May, 2018.

This Bitcoin Cash hard fork is all set to bring in new OP-codes (operation codes) and color coin technology - which would make it possible for the introduction of basic smart contracts on the Bitcoin Cash network. This Bitcoin Hard Fork is being carried out by the Bitcoin ABC developers being led by Amaury Sechet. As per Bitcoin ABC, this fork will take place “when the median timestamp of the most recent 11 blocks is equal to, or greater than 1,526,400,000 then the new consensus rules shall apply to the next block. The exact time of activation depends on the time this block is found.”

Interestingly, Bitcoin ABC is not the only Bitcoin Cash client to have adopted this fork. The likes of Bitcoin X and Bitcoin Unlimited too, are willing to adopt it. The developers of this hard fork have also stated that they are in talks with leading cryptocurrency exchanges and wallet providers about this upgrade.

It was pointed out by the developers that the last upgrade that came to the Bitcoin Cash network in November of 2017 was carried out smoothly and with no complications. It is expected that even this upgrade to the network would be as smooth as the last one. Lead developer of Bitcoin ABC, Amaury Sechet described this new fork bringing in scaling changes, which would allow “Paypal-like volume of payments”. Operational codes are being rewritten and added as well to introduce “Ethereum-like characteristics”.

These Ethereum-like characteristics are basically the addition of basic smart contracts on the Bitcoin Cash network. Bitcoin ABC is all set to launch a testnet soon before the mainnet version of this hard fork comes into effect. Anyone running the BCH nodes is requested to upgrade to 0.17.0 update which has these new consensus rules. Sechet also commented:

"Bitcoin ABC will take steps to contact major exchanges and wallet providers. All assistance in this effort is welcome. You can help by contacting exchanges, wallet providers, and other ecosystem participants, and letting them know they should upgrade their software or run an updated version of Bitcoin ABC or other compatible software."

This is a very ambitious upgrade to Bitcoin Cash and should ideally bring forward a number of positive changes over the next few months, also leading to a surge in adoption as well as the market cap. With the block size now being increased to 32 MB, transaction speeds too are expected to be faster. Stay tuned with us for more updates on this Bitcoin Cash hard fork.