The bitcoin framework can be compared to that of gold that cannot be arbitrarily created but has to be mined. Like gold, bitcoin has a finite and limited supply that once mined the supply will be drained completely.

The total number of bitcoins that will ever be in existence is 21 million. It is a fixed number that was put down into the bitcoin base code by its mysterious creator, Satoshi Nakamoto.

In April 2018, the 17 Millionth Bitcoin was mined. As of 24th of December, 17.44 Million Bitcoins have been mined - which means that over 80% of Bitcoin's total supply has been mined. This leaves less than 20% of the supply for mining before the aforementioned hard cap is reached. However, it will take over 20 years for these 20% Bitcoins to be mined because of the consistant rise in mining difficulty.

According to calculated predictions, miners should reach the bitcoin hard cap around the year 2040. What will happen then? In order to get an answer to this, we first need to understand the technicalities behind a currency’s supply. 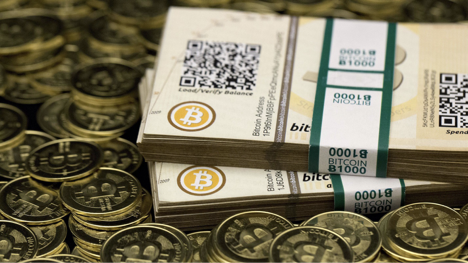 The supply of any coin, crypto or otherwise comprises three main parts:

The circulating supply of a currency, in this case, bitcoin, refers to all the individual units that are available in the market at any given time. While the bitcoin structure requires that these coins are mined over an extended period, others take a different approach. Some have their coins mined before they launch (pre-mining) while others release all the coins during the launch.

The total supply, on the other hand, refers to all the coins in existence at any time. This differs from the current supply where some coins are in existence but are not in active circulation for any given reason.

The maximum supply of a coin also referred to as its hard cap, is the total amount that will ever be in existence.

How Bitcoin Differs from Other Currencies?

Certain coins do not have a maximum supply. Ethereum is one such currency whose protocol does not place a hard cap on the total number of tokens. But it has measures in place to control supply so that the currency does not lose value due to the market becoming flooded.

National currencies also operate without a hard cap. This is because governments at times choose to encourage inflation to control the wealth of individuals or families within its populace. When a government increases currency supply, it usually leads to more spending and investment. This is because people prefer to use the money as soon as they can before its value depreciates.

In the case of bitcoin, this supply will keep on increasing at a controlled rate until the maximum supply is reached. How will this be achieved? The answer lies in bitcoin mining.

Immediately after bitcoin came into existence in 2009, the mining process got underway. Mining is a two-way process that involves generation of new blocks and transaction confirmation. Miners on the bitcoin network compete to solve complex mathematical puzzles (hashing) using advanced mining hardware. The first person to solve a mystery is said to have mined a new block. New transactions are then added to the neighborhood and become a permanent part of the bitcoin blockchain.

For this critical assignment, miners earn a reward to keep them incentivized. When the mining process began, this reward was 50 bitcoins for every new block. Every four years this reward is halved and is 12.5 bitcoins per block mined at the moment. By the year 2020, it will have gone down to 6.25 and so on until the maximum supply is reached.

The reducing reward structure and bitcoin’s maximum supply work together to curtail inflation on the bitcoin network. But keep in mind that the miners also carry out the important role of confirming transactions so that they can be added to the blockchain. This means that if they were to leave the network, the system would inevitably collapse.
So what happens to the bitcoin network once all the coins have been mined?

Will the Bitcoin Ecosystem Survive?

Three main pillars are likely to keep the bitcoin ecosystem functional after the maximum supply level is reached:

Miners on the bitcoin network get paid both their roles: mining new blocks and confirming transactions. Everyone wishing to transact on the network has to pay a transaction fee. Additionally, when a network user wants to execute a fast transaction and skip the queue, they pay for the convenience.

These fees have been rising with the popularity of the network and even though at the moment they are much lower than the hashing reward, they are likely to go higher with time. The essence of this is that the transaction fees will with time become incentive enough to keep miners on the network and subsequently to keep the network thriving. 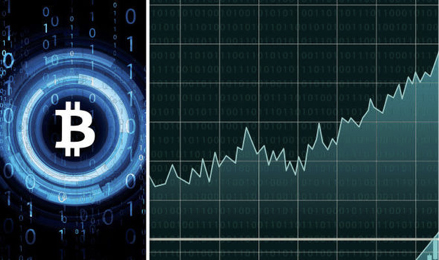 If at all the above ideal will be realized, the value of bitcoin needs to rise significantly. That is the only way the transaction fees charged on the network will be sufficient incentive for its miners. Fortunately, bitcoin is structured to keep rising in value.

Having a finite currency supply ensures that as demand for the currency goes up, so does its value. And as this value increases, so will the transaction fee paid to miners. At the same time, a more valuable bitcoin will make its users more willing to pay extra to ensure that their transactions get confirmed faster.

Another likelihood is that with advances in technology, mining costs in the future will likely reduce substantially. This would mean that the investment miners make into their trade would also be cut down significantly. Low operational costs would imply that even if the rewards end up being lower than at present, the Return on Investment might be a lot higher making the business profitable still.

The bitcoin ecosystem has many opportunities for survival beyond the mining reward structure. The above are just a few of the possibilities. The fact that the road towards the maximum bitcoin supply is predictable gives miners time to adjust their strategies to retain profitability. Considering that only a decade ago the world did not even have the blockchain means that technological evolution is not limited by our imagination. The future and what it holds remains to be seen.