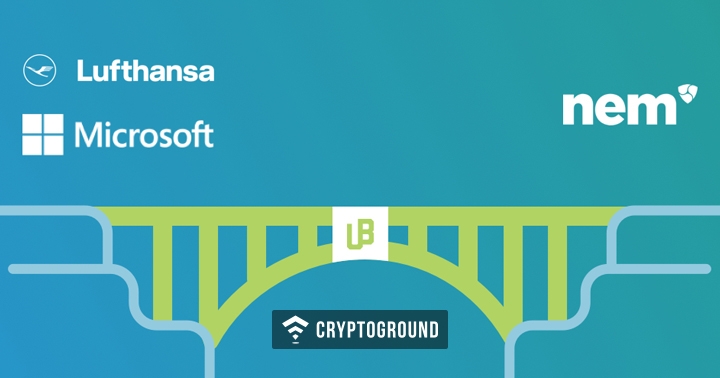 While behemoths like Microsoft and Lufthansa see the future in decentralization and drive blockchain based use cases within corporations, most of all existing IT systems within enterprises don’t use or connect to any blockchain yet. It is close to impossible for companies to choose between all existing blockchains. Companies don’t want to back the wrong horse changing their already existing IT system landscape, just because of blockchain. Understandably enough, a holistic solution in the form of unified framework setting new standards in blockchain adoption is needed.

Unibright, the German-registered company seems to know how to address common key problems building a bridge over troubled waters. Its “unified framework for blockchain based business integration” has already sparked interest of Lufthansa, Microsoft and NEM, that resulted in signing a number of strategic partnerships and setting up blockchain events with tech giants.

Most companies struggle to use blockchain. Why?

Enterprises fail to choose between all existing blockchains, that offer different features. Skilled blockchain and smart contract developers are expensive and specialized in one specific protocol that may not matter tomorrow anymore. In addition to this, the blockchain makes no sense if it’s not perfectly integrated into off-chain systems. With every new technology involved in a company’s processes, it is getting more complicated to keep track of the data.

"Nowadays most companies have a strong interest in Blockchain technology, but struggle to use it," Marten Jung, CEO from UNIBRIGHT explains.

Unibright offers a holistic solution to the described problems through customizable templates and "no-coding-needed" approach. The Unibright’s Framework provides customizable templates to design individual business integration workflows visually. All necessary objects  are then generated automatically by the framework:

A little more than 3 months after their successful ICO (reaching their hardcap in 10 days), Unibright co-hosts public events with its partners: tech-giants like Microsoft (May 2018), consulting companies like Zühlke (June 2018) or world players like Lufthansa (July 2018).

"We like the 'non-coding' approach of Unibright. We often see Blockchain only used as a buzzword, but prefer to make real use of it," Dr. Jörg Liebe from Lufthansa, Senior Director Digital Innovations Hub Airlines and Airline Products, states.

According to the latest news, Unibright is now actively continuing its expansion into the market, teaming up with blockchain platforms like NEM and making its UBT token available on QRYPTOS exchange for those who want to be part of this promising ecosystem.