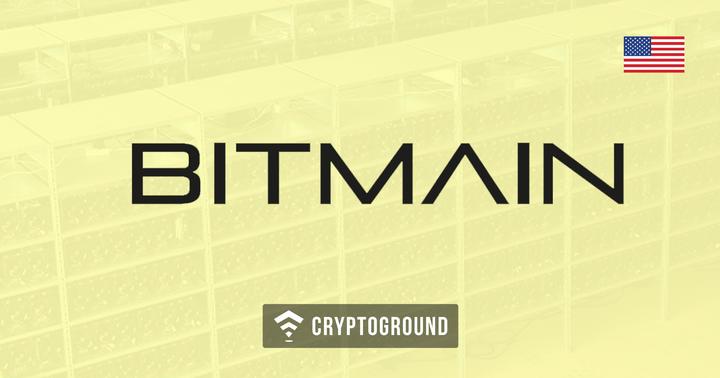 Chinese cryptocurrency mining giant Bitmain is one of the biggest and the most established names in the cryptocurrency mining industry. Bitmain has been known to have an almost monopolistic hold over the ASIC mining industry. Reportedly, the company had been setting up a base in the US as well - Bitmain now has the permission to start off with the mining operations in the US.

Today, it has been announced that Bitmain now has the permission to set up an office in Western Walla Walla County in Washington. This report was confirmed by local newspaper Union Bulletin, where it was confirmed that this permission has been granted to Bitmain with from three commissioners. It was reported a few weeks ago that a company named ‘Ant Creek’ was looking forward to buying land in the port of Walla Walla. Interestingly, Bitmain co-founder Jihan Wu was running this company. Ant Creek presents itself as ‘both, a Blockchain as well as an Artificial Intelligence company’.

This land deal was originally intended to lease Ant Creek 40 Acres of land but it has finally settled on with 10 acres at first - with a scope for expansion later on. If this 10-acre offer is accepted by Ant Creek, they would be leased the land till the end of the year, after which they have the choice of purchasing it. The cost of purchasing this land would cost Ant Creek $150,000 while the lease would be that of $4701.67 per month.

If they accept the deal and buy the land, Ant Creek would have to spend some money on building a road there as the land is currently inaccessible. This would involve a cost of an additional $2.5 Million to the company. However, the cost of providing drinkable water as well as fire protection would be covered by the Port of Walla Walla. Director of Operations Jeff Stearns is said to be taking the final call on this deal.

Walla Walla County has been chosen by Ant Creek to set up their operations because this is a place where they can find cheap electricity. The rates over here are some of the cheapest in the US - making it an ideal site for Bitcoin mining. This has led to a number of citizens of the area expressing their concern as well as outrage about the amount of energy that Ant Creek would consume. "It extracts electricity and creates wealth for the owner with no trickle down," said local resident Robb Lincoln

The decision to grant Ant Creek 10 acres of land instead of 40 acres was made at a public hearing after listening to the concerns expressed by the residents. Allegations were even made that the company talks about blockchain and AI only to soften the focus away from their mining operations. Reportedly, the hearing became quite heated and tense - and a person had to be escorted out as well.