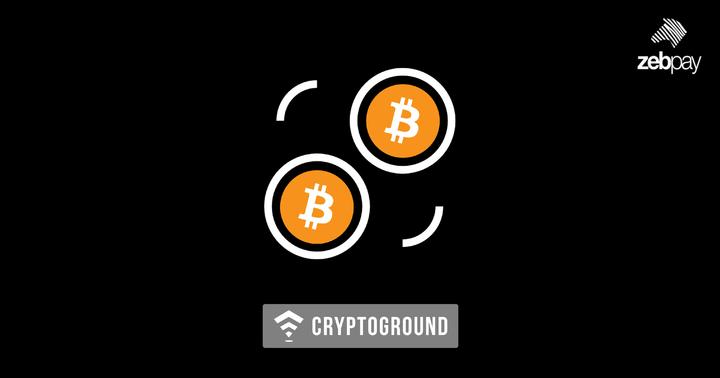 The Indian cryptocurrency landscape is rapidly evolving - and Zebpay is at the helm of it as one of the biggest and most popular cryptocurrency exchanges in the subcontinent. Zebpay has now introduced crypto-to-crypto trading pairs for Indian users - this was announced as an update on their blog yesterday.

The first crypto-to-crypto trading pair introduced on the Zebpay platform is the BTC/ETH pair. This was the obvious choice as Bitcoin and Ether are the two most popular cryptocurrencies by market cap. Users would now be able to buy Ether using Bitcoins and can sell off their Ether to get Bitcoins. However, Zebpay has stated that they intend to introduce more crypto-to-crypto trading pairs in the future.

Zebpay has announced that the maker and taker fees that they charge on these crypto-to-crypto trading pairs would be the same as the fees they levy on the regular fiat trading pairs. For those who may not be aware, Zebpay charges a maker fee of 0.20% and a taker fee of 0.25% - however, in case of crypto-to-crypto trading, the fees will not be charged in Indian Rupees, but in Bitcoins.

This feature is rolling out for Zebpay users with the latest update to their app. In order to get the crypto-to-crypto trading feature, users must update their apps to Android version 2.0.14 and iOS version 2.0.24. However, for now, Zebpay is testing this feature with a limited set of users - but a wider rollout should be expected soon!

In addition to introducing crypto-to-crypto trading pairs, the latest update to the Zebpay app also introduces an update to their trade UI, which is new and ‘intuitive’, as per Zebpay’s blog post. Zebpay has also introduced a drop-down menu the high low and the 24-hour percentage change for all the coins is visible.

Over the years, Mumbai based Zebpay has evolved as an exchange and has brought in several innovations on their platform. The company had originally started off in 2015 as a platform where users could easily buy Bitcoins using Indian Rupees. However, over the years they introduced a number of new and innovative features - as well as support for other cryptocurrencies. As of this writing, Zebpay supports Bitcoin, Ether, Litecoin, Ripple, EOS, OmiseGo and Bitcoin Cash- all seven of these currencies can be purchased using Indian Rupees - and with today’s update, a BTC/ETH trading pair has also been introduced.

Zebpay is a popular name in India. The company claims that 10 Million Indians invest in the financial markets, 5 Million invest in cryptocurrencies - the Zebpay app has 3 Million downloads, giving them a potential market penetration of 60%. Zebpay’s decision to introduce crypto-to-crypto trading pairs comes at a rather controversial time - as the Reserve Bank of India has issued a circular calling all banks to stop providing services to people or businesses dealing with cryptocurrencies in India.

This is an unpopular move from the Reserve Bank and it has been hailed as unconstitutional by many. Kali Digital Ecosystems filed a writ petition in the Delhi High Court against this move - and a hearing has now been scheduled for the 24th of May.

Can Bitcoin Challenge The Authority of the 'Gold Standard'?

Nestle, Carrefour teams up with IBM to track Mousline Mashed Potato us...