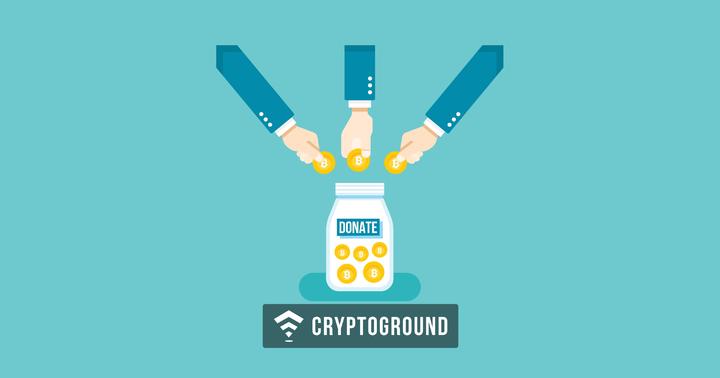 During a hearing in Wisconsin On April 24, a proposal was put forth to the Ethics Commission on whether campaign contributions should be allowed in the form of bitcoins and other cryptocurrencies.

Phil Anderson, the Chairman of the Wisconsin Libertarian Party was in favour of the move and urged the allowance of cryptocurrency donations, with the rising popularity of crypto. Anderson had stated that:

“Cryptocurrencies are more and more widely accepted as currency and as stores of value…The Chicago Board Options Exchange offers a futures market for bitcoin. And other financial platforms, corporations, and governments are weighing in on not ‘whether’ to address cryptocurrencies, but ‘how.'”

As per the current disclosure rules of Campaign finance in the U.S, at the federal level,  the federal candidate committees must identify all the members and provide details such as name, occupations and addresses of contributors paying more than 200 USD.The committee is also required to maintain a database of contributors for the campaigns and donors on its website. This is where using bitcoins stands unfavourable.  Apart from this, the extremely volatile nature of crypto is another issue.

Anderson responded by suggesting that the guidelines used by the Federal Elections Commission could be followed, which requires bitcoin to be converted to U.S Dollars immediately. Many Libertarians, who are against government control over currency are in favour. The gaining popularity and the recent spike in bitcoin is perhaps another contributing factor.

While some were in favour of the move, many demurred from it. The commissioner, Pat Strachota said: “If we can’t accurately and immediately describe who is donating these funds, there’s a hesitation on my behalf to allow it,”

Holding a similar view, Wisconsin State Representative Jimmy Anderson, a Democrat, tweeted that validating crypto transactions “is really dangerous…The ability to conceal who is making the contributions alone is going to make this an ethical nightmare.”

States are increasingly showing a favourable attitude towards cryptocurrencies. The state of Arizona, for instance, is about to allow cryptocurrency owners to pay their taxes in the form of cryptocurrencies. With time, the acceptance of cryptocurrencies, especially Bitcoins, has been growing - and it is no longer looked upon as merely something that people on the internet use to buy stuff - but is now being given the importance that an actual currency should get.

Despite the risks involved with accepting contributions in crypto form, states such as Montana, Washington D.C, and the U.S federal government have allowed campaign contributions in bitcoins and altcoins. In fact, some politicians such as U.S. Senator Rand Paul of Kentucky who ran for Presidential election in 2016 accepted Bitcoin in campaign contributions. Likewise, Missouri Republican, Austin Peterson, who is running for Senate has accepted 24 fractional bitcoin donations (totalling $9,700) in January 2018. As for Wisconsin, officials still stand divided on the proposition.