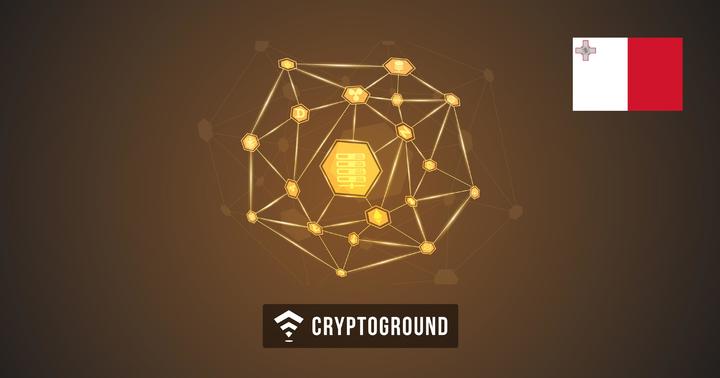 Malta hit the headlines when Binance, the largest cryptocurrency exchange with over $1.7 billion daily trading volume, announced last week that it plans to open an office in Malta.

With the fresh clampdown by Japanese financial regulator on popular cryptocurrency exchange, Hong Kong-based Binance decided to setup its new office on the island of Malta. Zhao Changpeng, the CEO of Binance told Bloomberg, “Malta is very progressive when it comes to crypto and fintech.”

Following Binance, its competitor OKEx made a similar announcement to expand its operations in Malta. OKEx is currently based in Hong Kong and is facing difficulties from the country's Securities and Exchange Commission to obtain the required licenses. These licenses could have allowed for a fiat gateway thus opening the opportunity for collaboration with the banking system.

"We look forward to working with the Malta government as it is forward thinking and shares many of our same values: the most important of which are protection of traders and the general public, compliance with Anti- Money Laundering and Know Your Customer standards and recognition of the innovation and importance of continued development in the Blockchain ecosystem."

Malta - long known as the offshore destination and courtesy of its strategic location in the European Union is not the only country that is trying to ‘make a point’ regarding the cryptocurrency industry. Estonia has been toying with the idea of launching its cryptocurrency, the Estcoin. Similarly, China and Russia’s central banks have been harboring the same aspirations.

Conclusively, more cryptocurrency conglomerates will relocate to regions with pro-blockchain infrastructure, led by forward-thinking regulators. With the Maltese government welcoming such businesses and exchanges with open arms, it is likely to influence other areas where the banks are continuing the crackdown on virtual money.

At the Fintech and Digital Innovation Conference held on 27th February 2018, Parliamentary Secretary, Silvio Schembri stated, “Malta is working to lead in this (Fintech) space and become a hub for this area of business.”

Malta’s new legislative framework will not only provide legal certainty for startups with a blockchain friendly ecosystem but will also ensure that investor protection, market integrity, and financial soundness are achieved.

The island nation is aiming to establish itself as the crypto and blockchain ‘capital’ of the world as more startups and exchanges flock to the country. With that level of commitment, it is unlikely that Malta will be averse to any legitimate cryptocurrency or blockchain company in the future. The government's Digital Innovation Authority states that they will keep cryptocurrency rules to minimal.

With a proactive and welcoming approach for cryptocurrencies, Malta has recognized the opportunities it will bring to the tiny nation. Now it remains to be seen how many businesses are willing to pull up the stakes and set shop in Malta.

Do you think Malta can be a global leader in the cryptocurrency sector? Let us know in the comments below.
This is a guest post written by Sanchi Kshatriya:

She started her career as a Finance Journalist in Hong Kong covering the Asian Fintech Market where she reported on startups and broke numerous e-commerce and startup news stories. Currently, she is focused on new digital media landscape which is focused on bringing more value to media entrepreneurship.