Walmart To Introduce Blockchain Tech in Their Fresh Food Business 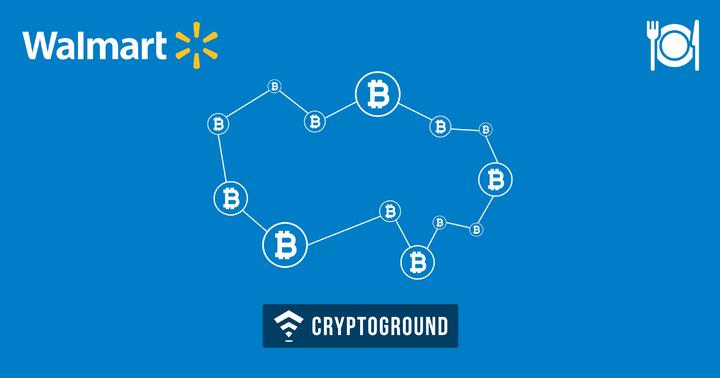 Walmart, the second largest retail corporation in the U.S now plans to use blockchain tech for its fresh and live food business. Walmart is looking to enrol its suppliers on a blockchain system to help assess inventory management, food requirement and in turn, reduce wastage. Such large retailers need an adequate understanding of moving products and how fresh produce can be sourced and for how long be kept on sale so as to remove any contaminated, spoilt or expired products off the shelf.

Engaging all products and suppliers on this blockchain network will also increase transparency and products can be tracked within a matter of seconds which took around a week earlier. The company had been running tests with International Business Machines Corp.’s blockchain network since 2016 and is now ready to implement it in their live food business. This announcement was made by Frank Yiannas at the MIT Technology Review’s Business of Blockchain conference. Frank Yiannas is the Vice President of food health and safety at Walmart.

Walmart has been working since quite a few years on this and had filed a patent in March for its “Smart Package” system. The system will enable to track the couriered packages with their contents, the location, environmental conditions, along with other details. The technology could be used with remote technologies like unmanned drones and autonomous vehicles. The blockchain system will record the “key addresses along the chain” such as those of “seller private key address, courier’s private key address, and a buyer private key address”. Smart packaging will give various insights on the condition of the contents and increased security of the package.

Various other retail companies are also using the blockchain technology to build an effective, logical system of tracking the quality of packaged and live food. JD.com, the Chinese e-commerce site has also started to track the quality and assurance of its meat using blockchain networks. It has even implemented it for details of the entire logistics so as to give details to its consumers of the status of the meat from a farm in Australia to all the way to their doorstep.

Blockchain Council promotes the use of blockchain by large retailers as it brings all parties on a common platform – farmers, warehouses, food distributors, grocery stores can be on the same page simultaneously. The branding has no bearing on the quality and timelines and it is difficult to know the origins of a meat. Unclear tracking of food materials, storage, and improper tracking of such stored food can become a health hazard. As per CDC (Centre for Disease Control) spoilt food in the U.S produces 48 million food diseases. All these issues can be addressed by effective use of blockchain.