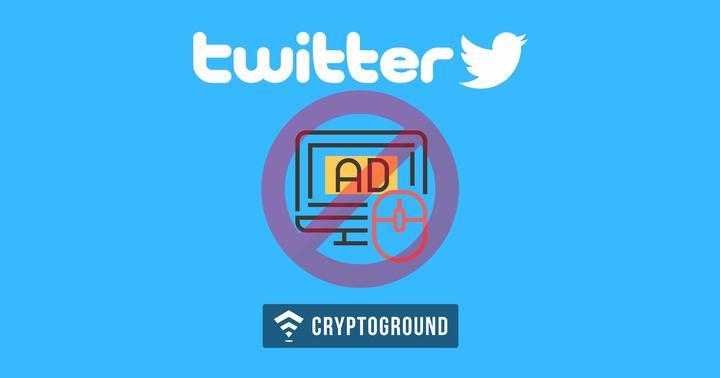 Social media platforms and search engines have all been banning cryptocurrency advertisements one after the other. Reddit was the first to do it two years ago. Facebook was the first to do it this year. Google and YouTube followed a few months later. Snapchat was the next major name to do so. Twitter has now become the latest name - and perhaps the last major name to ban cryptocurrency advertisements.

Following the announcements from Facebook and Google, the pressure was mounting on Twitter, which was naturally the next major platform which still allowed cryptocurrency advertising. For weeks following the Google announcement, there were speculations that Twitter would be the next major name to ban crypto ads. However, the company did not announce anything formally until today.

However, Twitter has now made this official that they will be banning Cryptocurrency ads - and this ban will be effective as of today. The news came via Reuters, which reports that Twitter has confirmed this to them. Twitter told Reuters that this ban on cryptocurrency advertising would also cover ICOs and Token Sales. While the policy will go into effect starting today, the company has stated that it will take 30 days to get into full effect.

The Reuters report states: The firm had said this month it was taking measures to prevent crypto-related accounts from “engaging with others in a deceptive manner”, but faced calls to go further after bans from Facebook Inc (FB.O) and Alphabet Inc’s (GOOGL.O) Google.

Twitter’s ban, unlike Google’s ban, is immediate. Google will be banning cryptocurrency advertisements from June. With Twitter enforcing cryptocurrency ad ban, it marks the final nail in the coffin for fake ICO tokens and fraudulent token sales which had been plaguing the cryptocurrency markets - and is largely the reason why ads had to be banned altogether. Along with cryptocurrency platforms, this advertising ban would also affect the so-called ‘crypto experts’ who used to promote their videos and websites on these social media platforms.

The impact of Twitter’s cryptocurrency advertising ban was seen in the cryptocurrency markets as Bitcoin slid down by 7% immediately after the news broke. Bitcoin, which many had been expecting to finally go stable at $9,000 actually fell below the $8,000 mark after Twitter announced this advertising ban. However, it is also worth noting that Twitter CEO Jack Dorsey is a supporter of cryptocurrencies - hence this ban may be relaxed in a few months once regulations around ICOs and token sales have been tightened. However, for now, there’s no room for crypto-ads on social media!