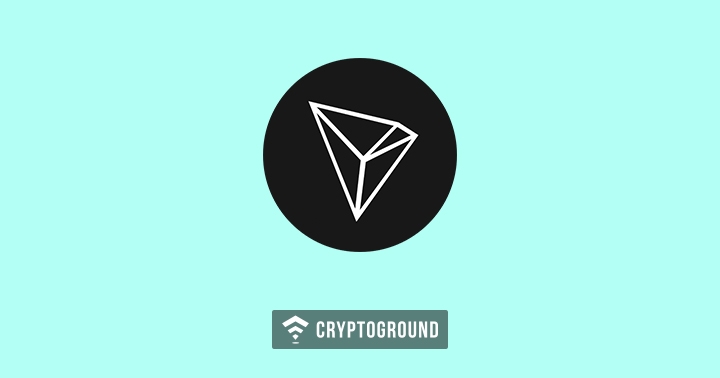 The cryptocurrency phenomenon is ever expanding and with the hundreds of new currencies that it introduces, it also brings several controversial platforms. Developments in cryptocurrency have always been of utmost relevance in the news because of its huge potential in the future.

Tron or TRX is a blockchain platform which was developed as the base for a decentralized entertainment ecosystem. It has an internal coin system and the platform is formed to operate as a content distribution center of the digital entertainment industry. Tron has become one of the leading platforms built on the foundation of blockchain. It has grown at a rapid rate ever since its launch.

Like most other blockchain-based cryptocurrencies, Tron has the habit of being in the news and capturing headlines. Although there are several controversies that surround its ecosystem, it has also grown to be one of the fastest competitors of cryptocurrency.

According to BitcoinerX, Tron is growing at 3 times the rate Ethereum is. Just within 184 days, Tron had over a million network accounts registered whereas the same took almost 500 days for Ethereum.

Tron is moving further to be a more well-developed platform and adopting blockchain technology is just a small part. Tron has helped many developers by making it easier for them to create and implement new dApps for the existing decentralized platforms.

The Tron currency was developed by Justin Sun, a 26-year-old from China who was once picked by Jack Ma, the founder of Alibaba to study at Hupan University which has acceptance rates lower than that of Princeton. That itself speaks volumes about him.

He has previously worked on another cryptocurrency known as Ripple and was also listed on Forbes 30 under 30 in 2015. Justin is also one of the most socially open and vocal personalities in the cryptocurrency world. He hosted live streams explaining the currency and had been active in several partnership announcements.

Although there is not much to shine the light on the people behind Tron, they have been hiring a lot, as of recent. They have also got some great influential investors like Weixing Chen, who is the founder of Kuaidi, the Chinese equivalent of Uber. This company is valued at $100 billion which can power up Tron to the global level at an even more rapid rate.

Other investors include Wei Dai, the founder of oFo, which is a bike sharing company, Shuoji Zhou, one of the most well-known crypto hedge fund managers and Xu Yiji - one of the founders of Antshares.

The team of this company might seem small, but it is only good and bright that connects with it and not any controversial figure like in many other cryptocurrency companies.

How does Tron Work?

Most businesses in the world of internet today, run through a centralized system and they only pay you for what you generate. They have the overall control and right to decide how much they pay you. This system also censors the content, at times, which makes it a loss on the consumer’s side.

Several such cases have arisen in the past and people have faced the disadvantages severely, like in the YouTube de facto censorship, where many claimed that YouTube arbitrarily disabled the monetization of videos dealing with certain topics.

Tron was designed to tackle such problems. They have the idea of becoming a platform that provides worldwide entertainment content for free. They want to eliminate the third party from the system and maintain an equal flow of value to its members.

Companies like YouTube that create content from videos uploaded by different people and music label records like Sony that publishes music to a bigger population, gets no place in the system. Their role does not have any need with blockchain technology.

A person can upload a video or any other file on the Tron blockchain directly and get a proper compensation based on how many people see your product and what reaction does it get in the form of likes, comments and shares.

This cannot only provide a system that will be fair and can return better profits by reducing any compensation cutting from “middle-men” corporate companies, but also provide a transparent system that would further ensure transparency in its decisions. The community of Tron would be able to influence the decision of giving someone more credit than the other person.

This idea of Tron has great potential ahead, mostly because it has greater chances of getting accepted by the community. This system will provide users more returns and there have been several debates where such options should be chosen. In the near future, this kind of functionality in our everyday system is most probably a certainty.

Talking about the key features, they are really satisfying to anyone who considers investing in this cryptocurrency. The key features are listed below:

The main advantages include:

The transaction fee is almost zero. Most networks need to be paid for transactions, but Tron has a very low fee, which is around 0.000005 cents per transaction.

The possibility of a greater volume of transaction:

There is a lot of talk about Tron in the industry, mainly because of its founder who is also a Jack Ma protege, Justin Sun. Also, it has been listed on many exchanges and has gained a lot of users in a very short period of time after its launch. The support to Tron has been huge and it presently has one million user addresses as reported by Smartereum.

There is not much to talk about the cons of this platform but there is surely an uncertainty with it because we don’t have any real user on the platform yet.

Many believe that the high supply idea of Tron can be a problem. By 2020, Tron plans to have a billion coins in circulation, which might lead to the loss in the significant monetary value of the currency.

The timeline according to Tron’s plans also seem to take a long time before we can actually see it being functional. There might be a lot of problems that we might encounter on the platform than we know now.

How to Buy Tron?

Tron can be simply bought from any of the general cryptocurrency exchanges. Here is a list of top three exchanges that you can consider for buying Tron.

This is one of the youngest cryptocurrency exchanges and has gained a lot of trust. The only disadvantage of this platform is that you cannot exchange using fiat currency, i.e, real-world cash and you need to use some other cryptocurrency.

This is a company launched in 2013 and one can use fiat currency on this platform. Although, many consider using some other form of cryptocurrency to buy Tron because if you want to use your bank account, you need to get verified by HitBtc by submitting identification documents. The trading fees is not high on the platform, but it might vary depending on what coin you are exchanging.

This is a platform launched in 2014 which can be used to exchange on a list of around 100 cryptocurrency coins. They also have the option for you to use fiat currency, but that is actually meant for advanced customers who are there to buy sophisticated products. Hence again, that might not be the best option. To look at one of the best features of this platform, it has to be its security. Also, there is 24-hour live chat support which is a great step towards guaranteeing your security.

Many people also consider this idea that they buy Ethereum on a platform like Coinbase and then, transfer it to some exchange they like, where they use it to exchange Tron.

Should you invest in Tron?

The team working at Tron has been able to pull off a big success in a very short time and is presently at a very good position in rankings when compared to the time for which it has been functional. Furthermore, until now, the team has been successful in everything that they planned for and with  big investments from high-profile personalities, it should not be a difficult task for Tron to capture the attention of the entertainment industry.

The pricing also stands at a stable position at the moment and there is a chance that it might rise to about $5 in a few years. If this company does not get involved in any controversy, it is undeniable that it will be adopted globally by the entertainment industry.

The advantages aforementioned in this article surely has almost all the best qualities that you should look for before investing. Due to the Bitcoin dip, prices are low. But investing in it now can bring great fortunes in the future.

The Future of Tron

A forecast given by Facebook has estimated that Tron’s value might reach $31 in the future. It is not completely impossible for Tron to overthrow Bitcoin and Ethereum, but there is no accurate prediction stating as such.

Tron already stands as the 10th largest cryptocurrency in the market with a huge trade volume. There is some chance that the coin might rise up to a value of $0.7 in the next year. For those who are thinking about investing in it, this is surely a great time.

Tron prices are increasing continuously and more people are using the platform, which is leading to further pumping into the development of the system. With the idea of Tron being in favor of most digital content creators, there is a good opportunity for Tron and most probably, there is going to be a good extent of acceptance in the future.

Tron has a three-layer structure or architecture namely - the storage layer, the core layer, and the application layer. The architecture is based on several programming languages like Java, Go, Scala, C++, and Python.

No one will suffer a loss and those who have not migrated their TRX by the stipulated time can wait for regular migrations later.

Tron election is done to elect Super representatives, who will govern the regulation in the community. As the mainnet is not yet functional, people can actually go through a simulation to understand the system better.

Tron is one of the biggest and most successful projects in terms of what it has promised. Although there is a long time before we actually see it happening; if the team behind Tron and its founder keeps working like this, the future of this company can be very promising.

There already exist great partnerships to this company and if in the future, there is acceptance on the part of the general public to use the platform, we will see Tron as successful very soon.