Trezor Teams Up with Gray International to Release Corazon: A ‘Luxury’ Cryptocurrency Wallet 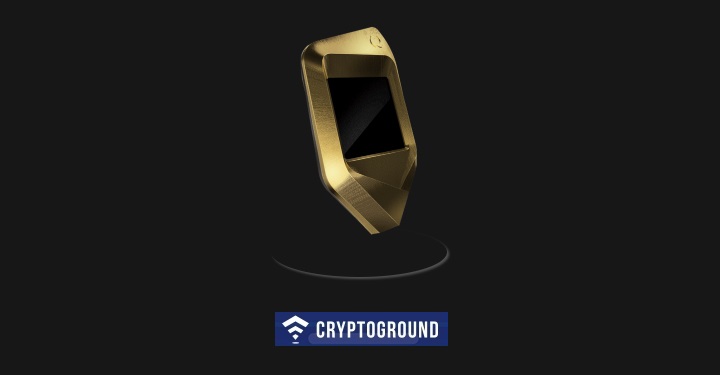 Cryptocurrency wallet manufacturer Trezor is one of the most established brands when it comes to hardware wallets. The company has been around for quite a while and is a highly trusted name in the markets. Trezor, in association with Singapore-based design brand Gray International, has released a luxury hardware cryptocurrency wallet, named ‘Corazon’.

Three models of the Corazon wallet have been launched by the companies. Corazon Titanium, Corazon Stealth and Corazon Gold. These wallets are much more expensive than the regular wallets that Trezor creates - the lowest priced device, the Corazon Titanium is priced in at $695 USD, it is followed by Corazon Stealth, which is priced in at $994 USD and the most expensive of them all is Corazon Gold, which comes in at a price of $1,494 USD.

These wallets have been created to commemorate the 10th anniversary of Bitcoins, as stated by Gray’s website. Titled ‘a decade in the making’, the website provides the following bit of information on the idea behind this luxury crypto wallet:

Every once in a while, a new technology, an old problem, and a big idea turns into an innovation. Dedicated on the 10th anniversary of bitcoin’s creation, the Corazon is the cryptocurrency wallet for the future, a reminder of the immense potential of cryptocurrency, and a statement of confidence that the best is yet to come. United by the pursuit of perfection, the Trezor and Gray families have together created the Corazon, the cryptocurrency wallet for the future.

One of the key aspects of these devices is that all of them have been made out of aerospace grade 5 Titanium, which is a material used in aeronautics as well as in Formula 1. Moreover, it comes with a tamper-proof design which makes it safe from external threats. Furthermore, it offers protection against loss as well, as funds can be recovered using a 12-word recovery seed. Each of these devices come with two recovery seeds.

All the Corazon devices offer a USB Type-C to Type-A cable and come with a mechanically textured finish. The major difference between the three is the kind of coating they come with. While the Corazon Titanium comes with just the basic Titanium shell, the ‘Stealth’ variant comes out with a black PVD coating, while the gold variant comes with a gold PVD coating - giving it a more premium look. All three devices are up for pre-order and will begin shipping by April 2019. Additionally, it has been noted on the website that only 500 pieces of Corazon Stealth and only 100 pieces of Corazon Gold will ever be available - making it a truly rare device to possess!

In the past, Gray International has been known for coming up with creatively designed premium shells for Apple and Android mobile phones. Interestingly, this is not the first time that Trezor has come out with special-edition premium hardware wallets. Last year too, the firm had come up with the ‘steel bundle’ edition of the Trezor wallet, which was priced in at 600 Euros. Only 300 such devices were made.

Cryptocurrencies Can Replace Cash in the Near Future, Says Federal Res...

Bitcoin and Ether Are Not Securities: SEC Official