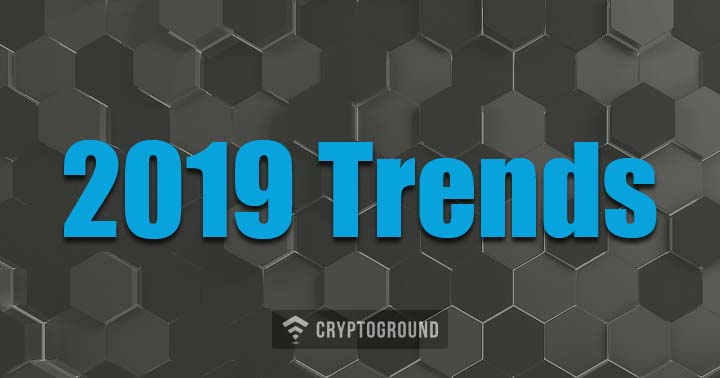 Starting with the introduction of bitcoin (BTC), the flagship cryptocurrency, in late 2008/early 2009, there are now over 2,000 cryptocurrencies according to data from CoinMarketCap. Although blockchain-based digital assets have not yet achieved mass adoption due to various challenges, most analysts including billionaire investor Michael Novogratz remain confident that cryptocurrency prices will surge as institutional investors start entering the crypto space.

After recording all-time highs in December 2017, when the bitcoin price surged to nearly $20,000, digital currency prices have continued to decline throughout last year. The highly anticipated bitcoin exchange-traded-fund (ETF) applications have not yet been approved by American regulators. Intercontinental Exchange’s (ICE) Bakkt project, which aims to bring crypto assets to institutional clients, has been delayed as well.

Even though Bakkt is looking to hire new personnel as the company appears committed to its plans of launching institutional-grade digital asset products, the US government shutdown may have been responsible, at least in part, for the delay in Bakkt’s launch date. Because of these delays, digital currency prices might remain low for some time.

However, there still seems to be a lot of development work going on in the crypto space. During 2019, there are a few emerging trends which we might want to monitor closely as they could potentially affect the future growth of the crypto asset industry.

Many cryptocurrency projects failed or were forced to shut down last year due primarily to lack of funding. Companies including crypto exchange ShapeShift, Bitmain Technologies (a leading crypto mining hardware manufacturer), blockchain-based social media platform Steemit, among others have had to lay off many of their employees.

For the most part, these companies fell victim to the prolonged bear market. Some firms had not diversified their invested capital as they kept most of their holdings in cryptocurrencies. Due to poor financial planning and various other mismanagement issues, these companies are now trying desperately to remain afloat and have shelved their expansion plans.

This particular trend started last year in October when leading American exchange Coinbase began laying off some of its employees. It now seems that more crypto startups will be cutting back on their operational costs or shutting down completely as the bear market continues to take its toll on the fragile digital asset ecosystem.

Scalability remains a critical issue and this will likely continue throughout 2019. Ethereum’s Constantinople upgrade, which was initially scheduled for January 16th (last month), was postponed due to a potentially serious smart contract vulnerability. The security flaw was detected by an independent research firm, which proves how difficult it is to develop solutions that will allow blockchains to scale effectively.

While the Constantinople hard fork (backward incompatible) upgrade may not significantly improve throughput, Ethereum co-founder Vitalik Buterin has been exploring various scalability solutions including zk-SNARKS technology. Last year, Buterin had said implementing Zcash’s zk-SNARKs, or zero-knowledge proofs would allow Ethereum to scale to 500 transactions per second (TPS). In addition to experimenting with zero-knowledge proofs, Buterin and Ethereum’s other developers have been considering various other scalability solutions.

Bitcoin has also been experiencing scalability problems. During the crypto bull market, BTC transactions were taking hours and sometimes even weeks (according to peer-to-peer exchange LocalBitcoins) to confirm. Transactions (TX) costs had increased considerably as well when the bitcoin price was much higher. Although both transaction settlement times and fees have been reduced to acceptable levels, scalability remains a long-term challenge.

There are numerous “second” or “third”-generation blockchain projects that have surfaced. These new blockchain platforms claim to be working on improved consensus protocols, or algorithms. Interestingly, most of these new types of blockchain consensus mechanisms propose a hybrid of proof-of-work (PoW) and proof-of-stake (PoS). But these new types of governance and distributed consensus algorithms have not been fully developed or tested long enough in a production environment. This suggests that 2019 will be another year during which development teams throughout the world will continue to work extensively on improving blockchain security, decentralization, and scalability.

Second layer payment solutions, such as the Lightning Network (LN) protocol has seen a lot of activity in recent months. Developers appear to be focusing on improving, or refining, the different LN protocol implementations as it can potentially not only facilitate faster and cheaper bitcoin transactions, but also more cost-effective and quicker litecoin (and other cryptos) payments. We can surely expect more advancements in the LN in 2019 as development teams create applications that are more intuitive in their design and a lot more user-friendly.

Security tokens are increasingly being launched after initial coin offerings (ICO) were targeted by regulatory authorities (in the past year) throughout the world. Due in part to the large number of scams orchestrated under the guise of ICOs, the controversial crowdfunding method continues to remain under scrutiny. Notably, South Korea’s regulators have recently decided to maintain their ban on ICOs.

Although crypto-friendly jurisdictions such as Switzerland, Malta, Gibraltar, and Singapore have been more accommodating towards public token sales, investors might feel more confident when investing in security tokens. Commonly referred to as STOs, these new types of token investment schemes are actually regulated under securities laws. Because of the regulatory protection, investors should have some recourse in the event that the firm that issued the tokens fails to deliver on its commitments.

It’s been argued lately that bitcoin price has started to stabilize. The world’s most popular cryptocurrency is trading in a tight range as its price has been somewhat fixed around the $3,500 mark. Due to relatively lower volatility levels across most major crypto assets, some analysts are predicting increased institutional involvement. Should digital currency prices continue to remain stable, it may improve investor sentiment.

There’s been a lot of emphasis around learning in the crypto space. This trend picked up last year with many higher-ed institutes such as the prestigious New York University introducing graduate level specializations in cryptocurrencies. This trend will likely continue to develop in 2019 as the speculative, bubble phase of blockchain and crypto begins to fade away. We might see more people and projects become genuinely interested in learning more about how to make meaningful contributions to the crypto ecosystem this year.

In conclusion, crypto is likely not going to go away. As crypto-related technology improves and more people become aware of digital assets, the industry will naturally begin to experience more growth.

What Are The Benefits Of Cryptocurrencies?

Cryptocurrencies were designed precisely to function as a means of payment that uses powerful cryptography to secure financial transactions, control the creation of additional units, and verify the transfer of assets. The definition itself reveals some of the benefits of using digital currency, but there are many more features to consider here.

As you probably already know, cryptocurrencies are not subject to any centralized authority, such as banks or governments. Decentralization means that owners control assets 100%, without fear of inflation, because developers create a limited number of parts.

Cryptocurrency transactions can’t be changed. They are immutable, bringing fraud prevention to a whole new level. This feature has been used in numerous online casinos and online gambling sites. Just visit Sportsbet and enjoy online betting without risking fraud. All of this can be done thanks to cryptocurrencies such as Bitcoin.

Bitcoin transactions take only a few minutes, and there is no third party vendor to verify and inspect the process. In other words, the transfer happens almost instantly, and your assets are quickly available.

Unlike bank and credit card transfers, crypto-currencies charge you a low fixed fee.

Experts believe that Blockchain technology has another significant advantage of cryptocurrency trading. It is one of the most promising IT concepts that will change not only the financial sector but many other sectors as well.

As a relatively new niche, cryptocurrencies will undoubtedly experience many changes over the next few years. It’s impossible to mention them all here, but the most significant trends in 2019 are:

Some Projects Will Fail

The first trend on this list is a bit pessimistic. Namely, some startups might abandon their projects. This is not new in the cryptocurrency universe, but it will happen more frequently.

Scalability is another problem that cryptocurrencies will face this year as it is one of the main reasons why digital money does not get as many members as it should. For example, Bitcoin supports up to seven transactions per second, while Ethereum can handle twice as much. Needless to say, this is far too slow, and developers will need to find a way to increase their scalability.

Concerning scalability, it seems that bitcoin-based off-line technology, called the Lightning Network, will deal with this problem fairly quickly. The system relies on multiple signature portfolios and additional payment channels, which should allow for faster and cheaper parts transfers. Besides Bitcoin, Lightning Network aims to Litecoin that could also give a boost to this cryptocurrency.

Investors are losing interest in Initial Coin Offering (ICO) campaigns because many projects lack credibility and prove to be complete failures. The solution comes in the form of a security token, a feature that gives startups and investors much more security when raising funds. Security tokens are safer because they guarantee real participation in a startup, which is not the case for ICO campaigns.

Many cryptocurrencies, including Bitcoin, have seen significant price rises and falls. Last year, it was already much more stable in this respect, but it is a big chance that 2019 will be even smoother. Price volatility is expected to be low, but cryptocurrencies won’t probably fall or increase by several thousand percentage points.

The last prediction on this list is cryptocurrency learning. Namely, most people are still not familiar with the basic features, advantages, and disadvantages of cryptocurrency trading. This should begin to change now that the market has been stable. All kinds of learning resources are available online, while several universities introduce courses on cryptocurrency and blockchain.

Cryptocurrencies have become an important topic of conversation in recent years, mainly because of the incredible rise of bitcoin. However, the entire market is subject to unexpected changes, and potential investors struggle to analyze and understand the state of digital currencies. In this article, we showed you some basics about cryptocurrencies and seven captivating trends that would define the business world in 2019. We hope you enjoyed reading it.

Read More: Top 10 Expectations from the Cryptocurrency Ecosystem in 2019