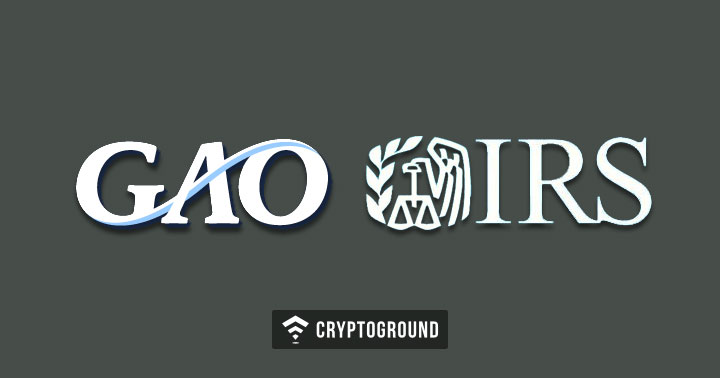 The U.S Government Accountability Office (GAO) gave its recommendations on how the Internal Revenue Service (IRS) can enhance the tax compliance on cryptocurrencies and other digital assets. The report headlined the various areas the IRS could work on to ensure they offer public guidance and ensure tax compliance on virtual currencies. However, the IRS remains adamant about clarifying the tax rates on virtual currencies.

IRS on taxation of virtual currencies

The IRS introduced guidelines in 2014 and 2019 in a bid to map a stable taxing system on virtual currencies but the GOA report says the agency could have done more towards collecting crypto levies. The report reads,

“IRS addressed some taxpayer questions in its 2014 and 2019 virtual currency guidance. For example, the guidance says that using virtual currency can produce taxable capital gains. But IRS could do more to help taxpayers comply.”

The IRS has published a number of guidelines on the taxation of capital gains on crypto, sent over 10,000 letters to virtual currency users informing them of “possible tax obligations” and released statements on the taxability of virtual currencies but still remains lacking.

The report from GAO states that publishing the guidelines on the Internal Revenue Bulletin (IRB) is the key to tax obligations on virtual currencies as it makes them binding.

The top auditing authority in Congress further offered its recommendations on how IRS could improve the taxation policies around virtual currencies including making their guidelines more informative and set forward the authoritative guidelines in their statements.

Furthermore, the agency should focus on taxation of foreign assets act and work with FinCEN in this regard. However, the IRS did not agree on all recommendations. The report states,

“IRS agreed with the recommendation on information reporting and disagreed with the other two, stating that a disclaimer statement is unnecessary and that it is premature to address virtual currency foreign reporting.”