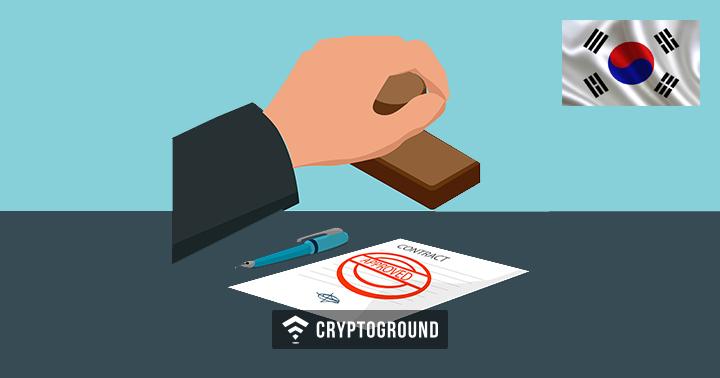 South Korea is among the first few nations to catch the crypto craze. A sizable portion of the country’s population is now investing in cryptocurrencies and some of the largest crypto exchanges are powered by South Korean funds. The country has some strict cryptocurrency laws as well - most notably the one under which Initial Coin Offerings had been banned in the country. However, latest reports indicate that this law may soon be reversed.

For months there has been a speculation that South Korea may soon be moving towards reversing the ban on ICOs and making them legal again. A National Assembly committee has now been set up which is dedicated towards researching on the ‘fourth industrial revolution’ which the rise of the crypto and blockchain tech has brought around.

In a statement to local media, the committee has stated that

This clarifies their stance on ICOs - finally giving credibility to all the rumours surrounding South Korea’s recent plans to legalize ICOs. There has been major unrest in the Korean crypto community ever since South Korea decided to ban ICOs. This public unrest even led to some ministers resigning earlier this year. The country has started off several FUD waves (Fear, Uncertainty and Doubt) - which have led to cryptocurrency prices dropping in the global markets.

South Korea had banned ICOs last year after a number of ICO-related scams started to come out. Many ICOs used to come up only for the purpose of running away with the investor-money (also known as exit scams). There were many which were run like a Ponzi scheme offering guaranteed returns on investment.

Cryptocurrencies and the South Korean Government

With the stance of the South Korean government softening, a move to legalize and regulate ICOs would bring back a number of major South Korean players who were looking at countries such as Japan and Singapore for launching their ICOs. Many South Korean companies which plan to start off with their ICOs were looking at options away from their homeland but this update brings them hope.

With the committee aggressively pushing for the legalization of ICOs, it is expected that cryptocurrency related discussions are going to become a more common topic of debate in the South Korean parliament. The committee also believes that the South Korean administrators have failed to promote the blockchain technology to its fullest potential.

Nevertheless, with South Korea seriously considering this move to legalize Initial Coin Offerings - it would be interesting to see the impact on cryptocurrency markets. However, there are no timelines as to when this law may finally be passed - if at all it does. Interestingly, there’s a wave of positivity surrounding this because the ruling party of South Korea is in favour of legalizing ICOs.

Rep. Hong Eui-rak of Korea’s ruling party is undertaking the responsibility of drafting the bill which would legalize ICOs in the country. South Korea has also been taking various other steps towards their cryptocurrency regulations - as the company is reportedly moving towards adapting to the G20 standards. The country has also been getting strict on exchanges - raiding even some of the most popular names such as Upbit under suspicion of falsifying some data.