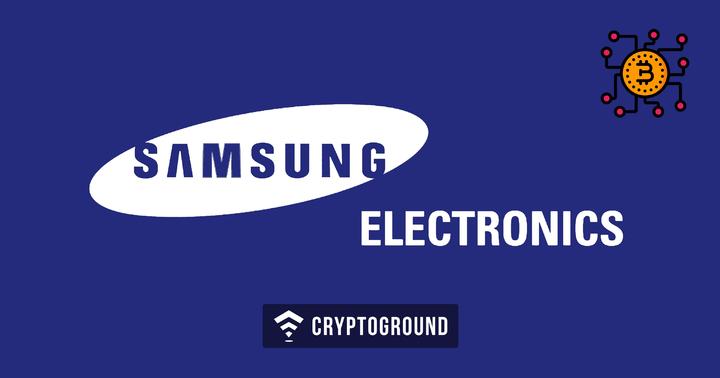 Cryptocurrency markets have been thriving over the past few years. However, despite this surge in popularity, some of the biggest names in the world of technology have maintained a safe distance from this technology. Samsung Electronics has become perhaps the biggest name to embrace the blockchain and cryptocurrency industry. Samsung’s latest plans are reportedly that of setting up a blockchain ledger that would help them track global shipments.

Blockchain systems have been used in the past by various companies to track shipments and this makes perfect sense for Samsung, as the company deals in a massive volume of international shipments. As per Bloomberg, this information about Samsung setting up a blockchain system to track shipment comes from Song Kwang-woo, the blockchain chief at Samsung SDS Co. For those who may not be aware, SDS is Samsung’s IT and Data Analysis arm.

SDS is developing this system for Samsung Group’s Samsung Electronics company - the global giant when it comes to electronic items. As per the SDS Blockchain Chief, using a blockchain based system would help Samsung cut their costs by 20%.

The SDS claims that the company needs to handle 488,000 tons of air cargo, as well as 1 million 20-foot-equivalent (TEU) shipping units over the year. With such massive amounts of movements happening around the year - blockchain systems prove to be an effective tracking system. Moreover, a blockchain based tracking system would help Samsung reduce the time gap between a product’s launch and actual shipment.

“It will have an enormous impact on the supply chains of manufacturing industries,” said Song, who’s also a vice president at SDS. “Blockchain is a core platform to fuel our digital transformation.”

If this blockchain based experiment proves to be successful, Samsung might just make use of this system for their other ventures too. Samsung’s validation is indeed a huge boost for the cryptocurrency and Bitcoin industry.

90% of Enterprise Blockchain Solutions will become out-of-date by 2021...