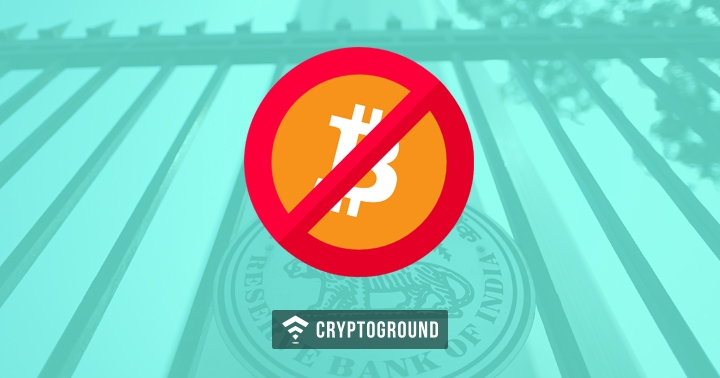 A Right to Information query has revealed that India’s central banking authority, the Reserve Bank of India (RBI) instructed banks to stop providing services to cryptocurrency businesses without a proper research. The RBI issued a circular in the April of this year - which ordered all regulated financial institutions to no longer offer services to organizations and individuals which deal in cryptocurrencies. However, it now turns out that the RBI might have issued this circular based on no actual research.

This Right to Information query was shared on Twitter by Varun Sethi, who goes under the name ‘Blockchain Lawyer’ (@blockchainlaw91). The Right to Information law allows citizens to ask questions to government organizations to understand their functioning and decision making better.

The Reserve Bank of India was asked several questions by Varun, however, the most shocking revelation came for the question about the research. Here are some questions that were asked to the RBI:

On whether other central banks have reached out to the RBI: “Has RBI got enquiries from counterpart Central Banks of other countries about virtual currencies?  Share the details of such formal enquiries and how have they been disposed off”

A number of other questions were asked to the Reserve Bank of India and to their credit some of them have been given elaborate responses as well. However, the most startling bit of information here was how little went into research before making such a major decision. The entire Right to Information query can be accessed here.

Elsewhere in the Right to Information queries, the RBI reveals that they are part of two committees set up by the Indian Ministry of Finance where they are looking into regulatory approaches adopted globally when it comes to cryptocurrencies. However, when asked if they were consulting other nations and other central banks who have passed regulatory measures, the bank simply replied with ‘No’.

Out of the multiple questions that were asked to the RBI, the bank denied answering most of them stating that the Right to Information Act of 2005 does not define divulgence of this information. Several other questions were answered in ‘No’ while a few questions were provided with a detailed response.

Since the issuance of the circular in April, a number of cryptocurrency exchanges in India have filed lawsuits against the RBI, calling this move unconstitutional. However, despite the move from RBI, India’s cryptocurrency traders remain enthusiastic and have been investing with the same zest. Indian cryptocurrency exchanges are either moving out of the country to find more supportive jurisdictions or are looking at alternative means such as introducing crypto-to-crypto trading.