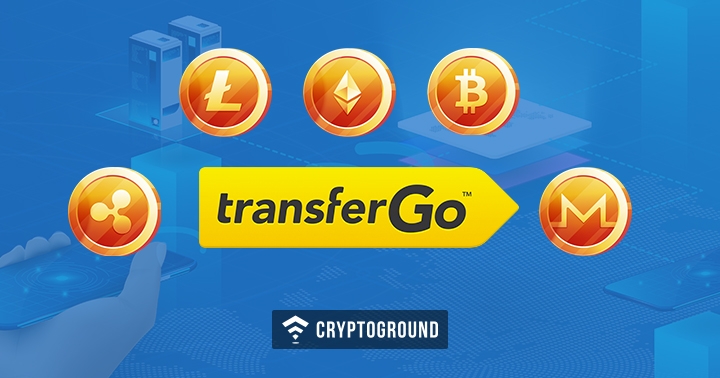 TransferGo, a global remittance company based out of London, has joined the cryptocurrency bandwagon by launching a crypto trading service and becoming the world's first remittance operator to offer such solution. The new service will enable customers to trade in five popular cryptocurrencies - Bitcoin (BTC), Bitcoin Cash (BCH), Ethereum (ETH), Ripple (XRP), and Litecoin (LTC).

Daumantas Dvilinskas, the founder and CEO, TransferGo was quoted as saying to media:

"The reason why we launched crypto to the world is because our clients wanted it… With over 4,000 users signing up in the first few hours we can see there is a strong demand in the market for a simple and reliable investment and trading solution.”

Customers can trade into cryptos via TrasferGo’s apps available on both Android and iOS platforms. The KYC (know-your-customer) and AML (anti-money laundering) policies remain the same for the cryptocurrency service as well as the remittance service. TransferGo is also a member of the RippleNet, which is Ripple’s network of payment providers and banks across the world, which employs the Interledger protocol for cross-border payments.

Dvilinskas said he has a long-term perspective on cryptocurrencies. “As a platform, they’re here to stay,” he said. “And as a platform, we want to be a very easy and user-friendly way for consumers to get access to these. Which ones will succeed or fail, that’s a completely different topic.” Blockchain technology will become the new tool for information exchange in the financial industry, he added.

Established in 2012, TransferGo reportedly has a user base of over 6 lakh around the globe. It lets people send money in 47 countries including the US, China, Germany and the UK.  In 2016, the company launched a payment system called TrasferGo NOW, which enables the customers to trade in real-time with instant purchases and settlements, bringing down the company’s delivery time to less than 30 minutes.

Bank of Korea Against Issuing a Digital Currency