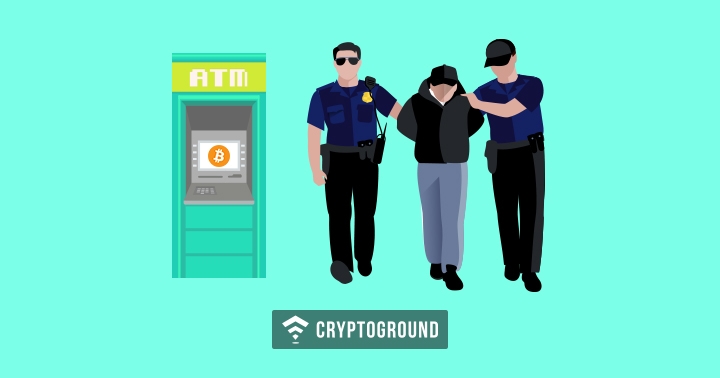 In a historic first for India, Unocoin had launched the first ever Bitcoin ATM in the country last week. However, reports from Bangalore now state that the ATM has been seized by the police and Harish BV, the co-founder of Unocoin, has also been arrested. The police have called this Bitcoin ATM illegal, stating that it had been set up without appropriate permissions.

The arrest and seizure were made by the Central Crime Branch.  In addition to the ATM, the police also seized two laptops, three credit cards, five debit cards, a mobile, a cryptocurrency device, Rs. 1.8 Lakh in cash - as well as five seals of Unocoin company. Following this, Harish was taken to the district magistrate’s court, where he was handed a seven-day police custody. The police have stated that more arrests are likely in this case.

This Bitcoin ATM was set up in Bangalore’s Kemp Fort Mall, from where Unocoin users could withdraw and deposit cash into their Unocoin account. This would make the process of liquifying the digital assets much more convenient. The police have stated that they know that this is a platform for Bitcoin buying and selling - and they have also advised users to not engage in bitcoin trade.

Sathvik Vishwanath, the other co-founder of Unocoin reportedly said:

“We got a lot of bad press after the finance minister announced a ban in February 2018. The minister’s statement was clear: Cryptocurrencies are not legal tender in India. He did not say ‘illegal tender’. There’s a huge difference. It means you bear the risk of your investment and there’s no regulation for the industry”.

Unocoin had also stated in Tweets that the machine has been ‘relocated’ because it was not fully operational and still under testing phase. The company also stated that they are aware that there are videos in Kannada and English languages causing panic among users by misinforming them. The company said that it is working towards getting these videos pulled down.

In April 2018, the Reserve Bank of India had issued a notification stating that no regulated financial institution should enter into a partnership with cryptocurrency businesses or with individuals dealing in cryptocurrencies. This led to Indian businesses coming out with various solutions such as P2P networks and more recently, this Bitcoin ATM. In addition to this, the cash-based grey-market trading which involves shady offshore accounts, known as the ‘Hawala Network’, has also been reportedly booming.

The Reserve Bank’s notification is now being challenged in the Supreme Court of India, as cryptocurrency exchanges have claimed that their constitutional right of practising a free trade has been violated. The matter was supposed to be heard on the 11th of September, but continues to be postponed every time it appears on the list. Stay tuned with us for more updates on this story!