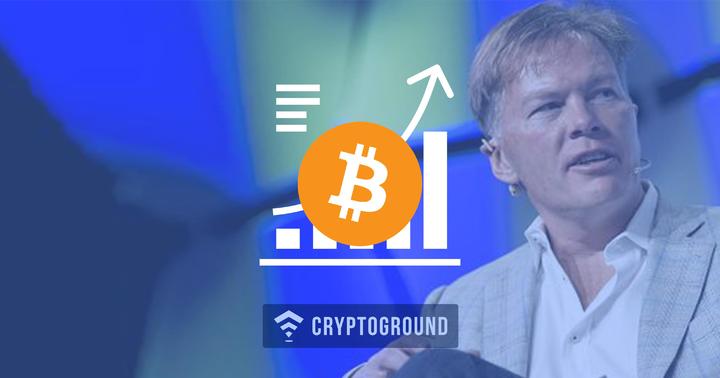 Pantera Capital Management is among one of the biggest cryptocurrency hedge funds. The CEO of this Billion-dollar fund, Dan Morehead has been known to be a hardcore Bitcoin supporter in the past. During a recent interview with Bloomberg, Morehead commented that Bitcoin is a ‘screaming buy’ and that the cryptocurrency market cap would reach $40 Trillion over the next ten years.

The Pantera CEO stated that 10% of his firm’s investment is in Bitcoins - which indicates that his Billion dollar hedge fund includes at least $100 Million worth of Bitcoins. On a rather surprising and interesting note, Morehead stated that the largest portion of the firm’s investment is in Icon (ICX). For those who may not be aware, Icon is a South Korean blockchain system which allows different digital ledgers to communicate with each other.

In his statement to Bloomberg, Morehead said -

“Obviously, we’re very bullish on the space. We think we’re way below, maybe an order of magnitude — or two — below the real fundamental fair value of blockchain,” he said, stating later that “the industry as a whole is $400 billion. It easily could go to $4 trillion, and $40 trillion is definitely possible. Anything that’s a $400 billion asset will not be ignored for long.”

Morehead is a known ‘bull’ in the markets - who believes that the price of cryptocurrencies will boom with time. Morehead had predicted earlier this year that in 2018, Bitcoin will surpass the all-time high levels of 2017. This comment had come at a time when the currency was on a free-fall which dropped the price down more than 50% since the all-time high.

Earlier this month, Pantera was among the first major names to state that Bitcoin has ‘bottomed out’ when the currency fell to $6500 levels. The firm had observed that Bitcoin had tumbled below its 200-day moving average - which provides a great opportunity for investors to buy BTC. Those who invested when Pantera made this call would have made a 30% profit on their investment by now.

Doubling down on what Pantera stated about Bitcoin earlier this month, Dan Morehead said that Bitcoin is a ‘screaming buy’ right now - strongly urging investors to buy Bitcoin. Morehead has a credibility in the market over his predictions and ‘calls’. In December, he had predicted that there is a possibility that Bitcoin might fall by 50% - which indeed happened over the next quarter. Having been around since 2011, Pantera Capital Management is one of the oldest names in the crypto hedge fund business.

While cryptocurrency prices are booming at the moment - this bull-run may come to a sudden halt as the Mt. Gox bankruptcy trustee might prove to be a party-pooper. It has just been reported that 16,000 Bitcoins and 16,000 Bitcoin Cash was just sold off by Nobuaki Kobayashi - which might have an impact on cryptocurrency prices over the next day or two - possibly bringing this bull-run to a temporary halt.