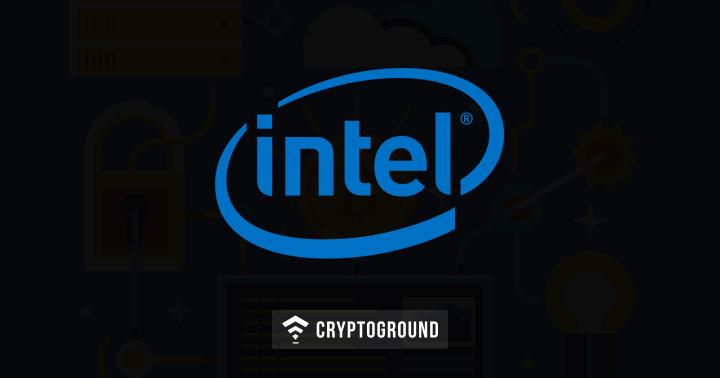 Intel is among the biggest names when it comes to the world of microprocessors and technology. The company has been a global giant which has powered billions of PCs over the years. The company now has its eyes set on the cryptocurrency markets as a new patent shows that Intel has plans to automate the process of DLT block verification!

In a patent application that was released on Thursday by the US Patents and Trademark Office (USPTO), Intel has written about a technique which would allow them to verify blocks in using an automated process, eliminating the need for miners who verify it otherwise. In this method, Intel would make use of a processor to verify the blocks. This processor would be able to verify the validity of the blocks and would attach them to the main ledger automatically.

Under normal circumstances, such as on the Bitcoin blockchain, a network of nodes is required to verify the blocks on a Distributed Ledger Technology (DLT) system. Based on what Intel’s application conveys, the process would require pre-programmed PCs to be set up which will help define various parameters as to how a block must be verified. This does look like an interesting technology but Intel realizes that they are still at a very nascent stage in this direction.

The company points out that there can be significant storage requirements and that the system may not scale well. Intel’s document filing reads:

Scalability has been an issue which has been bothering many major blockchain networks - even the heavyweights such as Bitcoin and Ethereum. Both systems have been improving with newer algorithms and updates - but scalability continues to be a problem as more and more people become a part of the crypto markets and the number of transactions rises.

Interestingly, this is not the first time that Intel has been keen on the crypto world. In the past, we have seen the company file a patent which talked about developing a cryptocurrency mining accelerator.  In addition to these patents, Intel has also worked in association with PokitDok, a healthcare transaction service provider - collaborating on a project which introduces blockchain tech-based solutions in the healthcare sector. Intel has also teamed up with Ledger in the past.

While Intel has been associated with these patents - it is not necessary that these patents may ever see the light of day and become real-world projects. Sometimes major tech firms research on various technologies and file patents so that they own the rights to that technology.

Automating this process raises several questions. If the model provided by Intel does become a success - what kind of a future do miners have? Would they be completely eliminated from the process, or would they adapt to another role? Only time can answer these questions as Intel works forward towards developing this patented technology of theirs.

Plattsburgh To Become The First US City to Ban Cryptocurrency Mining