What Is NEM (XEM)? - Everything You Need To Know About NEM Cryptocurrency 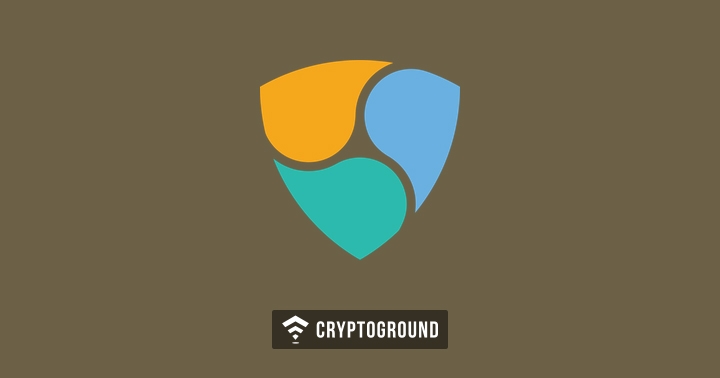 Built with the mindset of business, NEM or New Economy Movement is the world’s first ‘smart-asset’ blockchain. It is written in Java, and a C++ model is in the build. It wants to create a wide distribution model by adding several new features to the blockchain technology, like the mini-signature account systems, the POI or Proof of Importance algorithm and encrypted messaging. It also has an Eigentrust+ reputation to its name.

This cryptocurrency is unique in many ways, and is also the first cryptocurrency after Bitcoin which has a code built from scratch. The goal of NEM is to create a more advanced blockchain technology. It has not only reduced the net requirement of energy for payments and transactions but also made the process simpler by removing the concept of mining. No powerful and sophisticated machine is required for its functioning.

It was to be created as a fork of NXT blockchain, but later the developers and the team of NEM decided to make a completely new model and write a different code. Its technology is planning to make the  process of performing transactions simpler than ever. The system of NEM has the capability to drastically simplify a large variety of ledger and transaction systems.

It was launched in March 2015, and it started trading using the abbreviation XEM. The project saw more than 1500 investors, and every single investment was worth around 2.25 million XEM coins.

In 2016, a new blockchain engine partnership was formed between NEM and Tech Bureau, which is the operator of one of Japan’s largest cryptocurrency exchanges called Zaif.

Just two years later, a massive hack on the Coincheck Japanese exchange caused a loss of more than 500 million XEM coins, which was worth around $400 million. Reports stated that this hack was the result of weak security measures implemented for XEM by Coincheck. The team at XEM created an automated system of tagging instead of creating a hard fork.

This new system could follow the flow of money and track any account that received tainted money.

The Team Behind NEM

One main figure not only in NEM but in the whole blockchain space is Lon Wong, an internationally praised thought leader and a billion dollar personality who is responsible for the making of NEM.

He has more than 30 years of experience in building several businesses. He has previously remained in top positions at various reputed organizations like the Construction Industry Development Board of Malaysia and the Energy Commission of Malaysia.

NEM’s special feature is that it is a smart asset system. It was designed in a way that through simple API calls, several use cases are allowed and can be heavily customized. It is secured by a global network of nodes like most blockchain technologies, which is used as an API gateway. This helps developers build powerful Dapps without any special type of software.

The architecture of NEM has two components, namely, the NEM Infrastructure Server(NIS) and a client which is used for interacting with the nodes.

The overall structure of NEM provides a lot of flexibility in terms of design and the way that different apps use the NEM system. Developers can now define what is known as NEM addresses that behave like containers for different types of assets. It can simply be a wallet holding coins or a more complicated container storing documents, opening which requires signatures.

After this, developers can create mosaics, which are identical, transferable assets that can be produced many times and are viable for many use cases. Anyone can build any type of storage they want, and connect it to the NEM blockchain easily.

Moreover, they have introduced a new process called the Proof of Importance (PoI) as compared to the Proof of Work (PoW) that Bitcoin and most other cryptocurrencies use. This improves the quality of nodes because each node gets a score and it can harvest XEM coins based on that score. There is a continuous tracking of how many transactions you make. The more you make, the more important you become.

This system also tackles the problem wherein the rich only get richer and the poor don’t get a bite of the benefits reaped. This is because the vesting process requires an investment of time.

Not many disadvantages can be stated for this cryptocurrency. Only major concern that exists is its user base. Most people are using Ethereum, and as it is functioning quite well presently, it is difficult to say that the NEM consumer base will increase soon.

Another problem which can be fixed easily is that the NEM website does not explain its features adequately. This cryptocurrency introduces several major changes, and it is important for consumers to understand these alterations before they can start trusting or using this cryptocurrency. In its present state, NEM needs to focus on increasing the number of people joining its community because that will decide how well it performs in the future.

How to Buy XEM?

Just like most cryptocurrencies, there are several exchanges where you can buy XEM. There are about 25 exchanges that trade XEM for other cryptos like Bitcoin and Ethereum, as well as, for fiat currencies like USD and INR.

The first step before buying any coin is to select a proper storage space for your coins. Most people who buy XEM trust the official wallet named Nano wallet to store XEM coins. This wallet can be downloaded from the official website. Once downloaded and installed, you can sign up and create a simple wallet. Alternatively, you can also use the XEM wallet on your mobile called the NEM Mobile Wallet, which is available for both Android and iOS.

How NEM is different from other cryptocurrencies?

Looking at how well NEM has secured its networking, we have come to the conclusion that it is far better than even Bitcoin. Bitcoin users are giving away several dollars every day in order to keep the coin alive and running on top of everyone else. On the other hand, NEM users hardly have to spend anything. Also, in terms of features, NEM is proving to be much better than top market coins. Inbuilt messaging systems with addresses, namespaces, and mosaics not only make NEM different but also better in the complete process.

Just by looking at the advantages of NEM, one can easily identify the benefits it has over other cryptocurrencies. Ethereum and Bitcoin may fail to scale easily whereas NEM is designed to scale in its completely new code.

The problem of spamming has always been there with Bitcoin, and the team at NEM has managed to take care of that. Similarly, there are  many improvements over other top quality coins which give NEM the potential it has. The whole process of how someone has to put in a lot of time to pull off a spam attack is just a big development over the existing technologies. NEM did not only create a system that is better in terms of transactions but also was able to overcome several challenges with the same strategy.

The future of NEM

NEM is the only crypto coin visible that has never faced volatility. Most of the time, NEM has moved up in value, and the fluctuations in prices have been minimal. Out of the many cryptocurrencies that stand at the top ranks of the crypto market, only NEM has these many features. Every other coin today is focusing on one thing - trying to tackle one of the disadvantages or drawbacks of Bitcoin, but NEM has taken the challenge of tackling almost every problem which Bitcoin poses with a completely new structure.

Multisignature addresses, encrypted messaging, spam filters and P2P synchronizing system have all come together to make NEM stand out. Built from scratch, NEM is competing well with Bitcoin and no one can deny that the work NEM is doing can surely prove to be helpful in overcoming top Bitcoins of today.

Should you invest in NEM?

Although there are minimal disturbances in the price valuation of XEM, several successors of this coin have overtaken its price. This can prove to be an unattractive feature of NEM.

However, if you combine the two facts that it is valued at low costs now and secondly, that it has great potential, you can obviously understand that this might not be a bad time to invest in it. The Proof of Importance system is a one of a kind system which has only gained attractions, and the several new features built into the system are also  major points for people to soon choose NEM over other cryptocurrencies. It is only the price that is keeping people away.

There can be a risk in investing in it, but if the value increases, it will be bigger than ever. There is no other reason than its valuation because of which it remains below the first position.

NEM is a major player, and is a promising currency in the digital market. The better basic structure to its advanced technologies are all impressing the community. It is only a matter of time before the valuation of XEM increases and everyone shifts to it.

There is no way that anyone can guarantee its successful adoption, but NEM has taken all the right steps from the very beginning. This cryptocurrency still stands at a point of individual opinion but there is no denial of its capabilities.