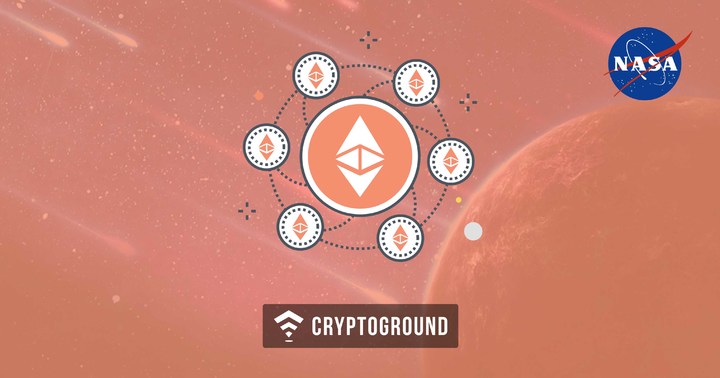 Ethereum is going to the moon, literally! A project co-funded by NASA is now exploring the use of the Ethereum blockchain technology for the purpose of space communication and navigation. This NASA project aims at making use of Ethereum’s smart contracts technology to automate certain functions of spacecrafts, making it easier for the spacecrafts to navigate in space.

The challenge that NASA attempts at solving with the help of these Ethereum based smart contracts is that of space debris. There are many meteors and other solid bodies floating endlessly through space - and when spacecrafts and satellites come in contact with them - they end up getting damaged. Using blockchain technology, NASA aims at solving this problem faced by spacecrafts in outer space.

With this research, NASA aims at improving the efficiency of space navigation as well as the safety aspect of it. Using an automated blockchain based system is much safer than relying on human judgment for avoiding space debris. This project is being led by Dr. Jin Wei Kocsis, an Assistant Professor at the University of Akron. Titled “Resilient Networking and Computing Paradigm”, this project has been given a 3-year grant of $330,000 by NASA.

As per Kocsis, this project will help make spacecrafts more efficient while they are in the orbit, but it will also help towards improving the process of data collection. NASA has called this project ‘first of its kind’ and are quite optimistic about it. Kocsis notes in a blog post:

“With this project, we will exploit (the power of) Ethereum-based blockchain technology to develop a decentralized, secure, and cognitive networking and computing infrastructure for deep space exploration. The blockchain consensus protocols will be further explored to improve the resilience of the infrastructure.”

When this cognitive architecture based spacecraft will finally come to life is still a suspense. Developing a technology such as this can take multiple years. Decentralized architecture is going to be a focus here. Moreover, the blockchain based system would also be gathering data on a constant basis - learning and improving autonomously and with as little human assistance as possible. Thomas Kacpura, the communications program manager for NASA has stated:

“This latest effort would support decentralized processing amongst NASA space network nodes in a secure fashion, resulting in a more responsive, resilient scalable network that can integrate current and future networks in a consistent manner. It is expected that this project will contribute towards the next generation of space networks, and will allow for the tech transition of these algorithms for commercial systems (to take place even more smoothly)”.