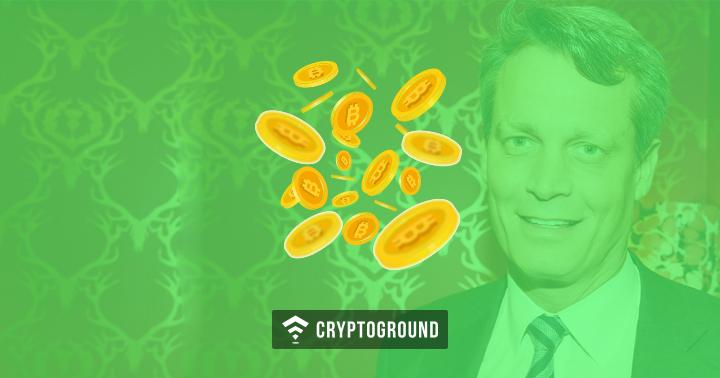 Well-known Ripple investor and multimillionaire Matthew Mellon passed away on the 16th of April earlier this year. However, over a month and a half after his untimely passing, it has become apparent that his $500 Million worth of crypto-investments will be of no use to his family as they are now irrecoverable. Mellon passed away in Mexico at the age of 54.

Mellon was known for his investments into Ripple - as he was one of the most enthusiastic people to invest in the currency in the early stages. Mellon, who comes from a family of bankers, believed that Ripple has the potential to change the way banking functions. While he wasn’t a fan of cryptocurrencies, Mellon was a believer in the potential of Ripple. In fact, he has even bashed cryptocurrencies and called them ‘anti American’ in the past.

“Crypto is scary and dark. It’s anti-America. I am pro-America, pro-business and pro-bank. That is why I went with Ripple.”

Considering that Mellon was an early investor in Ripple - the 2017 price boom saw him make a fortune out of that investment as the currency boomed by 36,000% in just a year! He continued to back Ripple all his life and was a strong believer in the fact that the platform has the potential to revolutionize the banking sector.

Matthew Mellon’s passing is officially attributed to a heart attack - but this heart attack was triggered by consuming Ayahuasca, a Mexican drug. This is a conflicting report because prior to his death, Mellon had overcome his drug addiction and was sober for 90 days. He had a history of drug addiction in the past and had even rehabbed at Acapulco. However, his death now leaves a $500 Million worth of void in the world of cryptocurrencies as money that has become irrecoverable.

Mellon’s investments are irrecoverable because he had stored them in cold wallets across the US. Cold wallets, for those who may not be aware - are hardware devices which remain disconnected to the internet and store cryptocurrencies safely. Only Mellon had the passwords to these wallets and they can no longer be accessed now that he has passed away. Cold wallets act as bank vaults - but are highly encrypted and will not open without the right password.

In case of bank vaults, the bank can physically open the vaults in case of a person’s passing after the verification of the identity of their relatives or the people that they have named in their will. However, in the digital world, this is not possible and a key is needed which is the only way in which these cold wallets can be opened up.

However, not all hope is lost - as it is believed that Matthew Mellon has stored the keys to these cold wallets in bank lockers across the US, but considering that the multimillionaire operated at a huge scale - it would be a tough task to identify exactly which lockers hold the keys to these wallets.