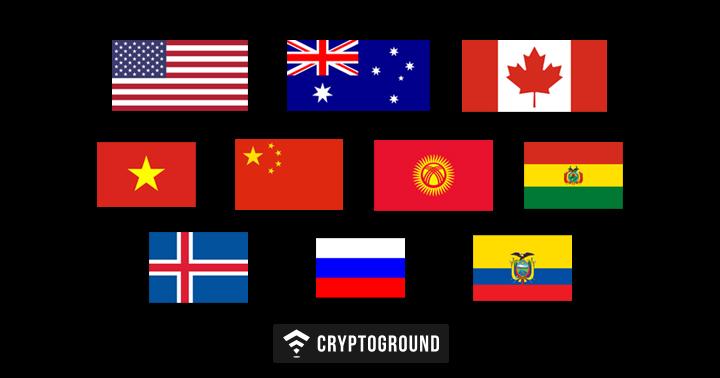 While 2018 wasn't really a great year for cryptocurrencies, let us not forget that 2017 was a year of unprecedented growth which witnessed a major spike in mainstream awareness. Following the market boom of 2017, a large number of countries began to take notice of Bitcoins much more than ever before. While  most countries continue to view Bitcoin with major speculation, regulations are being drawn up practically everywhere in the world as countries are in a race to become crypto-ready! Let us take a closer look at Bitcoins legal status across various nations:

Why is Bitcoin’s Legality Controversial?

Bitcoin’s legality is quite a controversial issue as almost every country has rejected it as a legal tender. This is primarily because of the fact that Bitcoin is a decentralized cryptocurrency. Currency, in the traditional sense is created by the government and backed by banks and other financial institutions. However, when it comes to Bitcoins, there is no governing body which regulates it. This leads to extreme volatility in the price which isn’t good for economic systems.

As of 2018, a large number of countries have set up cryptocurrency related regulations - or have formed official government bodies to look into regulating cryptocurrencies. However, there are some nations which have been lenient towards this currency of the future and have given it legal or quasi-legal status. Let us take a closer look at the legal status of Bitcoins across various nations:

There are only a few countries where Bitcoin is legal (or semi-legal). Let us take a detailed look at all these nations and their laws regarding the legality of Bitcoin.

While it is not officially legal in the US, the government has classified cryptocurrencies as MSB (Money Services Business). The US government has been more open and positive about Bitcoin compared to many other nations. Several government bodies have been instructed that all Bitcoin transactions need to be carried out only in legal terms.

The US Department of Treasury’s Financial Crimes Enforcement Network has also been researching on this cryptocurrency for quite some time now. Bitcoin also has its presence in the US derivatives market.

In Canada, Bitcoins are classified as a commodity. Legally, this means that all transactions in Bitcoins in Canada are legally termed as a barter trade and all Bitcoin generated income in Canada is basically ‘business income’. In addition to Bitcoins, Canada is also high on the blockchain technology and has begun implementing it in some government departments. The government of Canada also wants to ensure that Anti Money Laundering laws are strict when it comes to cryptocurrencies.

The legal status of Bitcoins in the land down under is still quite confusing. While there have been millions of people who have been investing in Bitcoins, the governments are still quite speculative. The banks recently raised a complaint that money is flowing out of the traditional systems of investment to the cryptocurrency markets. However, despite all this - cryptocurrencies remain popular in Australia.

In an interesting development, Australia’s Brisbane Airport became the first ever airport to fully support cryptocurrencies - for booking flights and even in restaurants and cafes.

Legal Status of Bitcoin in Europe

Different countries of Europe have a different stance when it comes to legality of Bitcoins in their nation. Let us take a look at some European nations and how they treat Bitcoins:

Legality in Other Regions

Singapore is one of the most popular South-East Asian nations when it comes to Bitcoin users. The country has shown a very open approach towards the cryptocurrencies. In Singapore, all cryptocurrency exchanges need to get their users verified and collect personal information from them similar to the French laws.

One of the biggest nations when it comes to cryptocurrency trade, India accounts for almost one in every ten Bitcoin transactions in the world. As of this writing there are no specific laws regarding cryptocurrencies in India and it is largely an unregulated market. However, the Indian government has clarified that Bitcoin is not a legal tender in India. The top financial executives from the nation have been meeting to discuss regulations and Bitcoins is likely to get a quasi-legal status soon. In April 2018, however, the Reserve Bank of India passed a notification which prohibited the banking authorities in the country to deal with those individuals or businesses which deal in cryptocurrencies: effectively choking the crypto-industry in the country.

(Read More about this controversial notification)

Japan is perhaps the most enthusiastic nation when it comes to the legality of Bitcoin. The country has shown an active interest in the cryptocurrency. Japan is home to a number of Bitcoin exchanges and while there are some regulations - the country isn’t very strict. It is likely that Bitcoins will get some sort of a legal status in Japan soon.

There are some countries such as China and of late, even South Korea which are reacting with hostility towards cryptocurrencies. There are some like Canada and Japan which have welcomed it with open arms. Others are planning to start their own cryptocurrency. Venezuela already has their petrol backed currency, the Petro Coin. Russia too, is planning on releasing a digital Ruble while Israel is also working on a digital Shekel. With time, we expect the number of countries where Bitcoin is legal to rise!