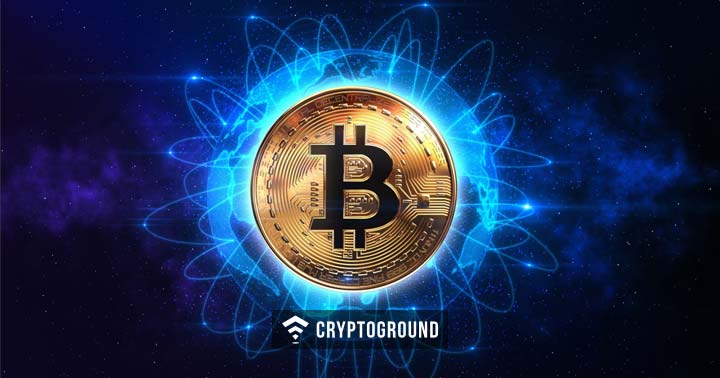 With well over 2,000 different cryptocurrencies as of 2020, is bitcoin really the best there is?

While bitcoin is undoubtedly The Godfather of digital currency, the most recognizable and widely adopted for, and perhaps the best understood- does that mean that it’s the best? While ‘best’ is a subjective term, it’s fairly difficult to provide any really comprehensive reviews of which crypto coin is triumphant. This is largely because different cryptocurrencies are purpose-built and designed for different types of use.

Perhaps what makes bitcoin the most familiar of all the coins is that is the most widely applied. From retailers now taking bitcoin specifically, employers handing out bitcoin pay checks, bitcoin ATM’s, and brilliant bitcoin trading platforms, like highly renowned https://bitvavo.com/en/ designed with the novice in mind, it’s arguably the easiest of all coins to access.

While these are sometimes terms that are used interchangeably, the fact is that they are wildly different. While they are all types of digital currencies, whose values are represented by “coins” or “tokens”, they tend to represent specific types of these currencies.

Cryptocurrency is indeed a broad term that refers to any digital currency that involves complicated cryptography to create a currency model. Altcoins are digital currencies that are modelled closely after bitcoin, generally as improved, or enhanced, versions of the original. Often, however, these coins are far less popular, meaning that they often present lower levels of liquidity and value retention. And Bitcoin? Well, bitcoin, is bitcoin.

Some cryptocurrencies don't function as currency per se, but more attuned to the idea of stocks. “Initial Coin Offerings” can be equated to IPOs, or “initial public offering” of stock shares in a specific company.

While bitcoin remains dominant as adoption and utilization goes, there are a few altcoins that are fast becoming just as popular for several reasons. Here are the top 5 most popular altcoins on the market today:

The first altcoin to debut after bitcoin was Ethereum. Whether it’s because this coin has been on the market nearly as long as it’s famed predecessor, or because it’s one of the few altcoins that uses Smart Contracts and Decentralized Applications without interference from a third party, Ethereum remains on top.

Ethereum, and its associated software, also runs solely on its platform, Ether. It’s this platform that keeps many developers and investors eyes firmly set on the altcoin.

What sets Ripple apart from other altcoins is that it is marketed as a global settlement network. Offering instant, reliable and low-cost payments across borders. The international currency owes most of its user base to this function.

Aside from that, it’s considered one of the most environmentally friendly coins available as its consensus ledger doesn’t require the incredible amount of energy that other coins do- as Ripple does not need to be mined.

Bitcoin Cash is notable because it’s one of the most successful and longest-running hard forks of the original bitcoin. Forks arise when developers of any cryptocurrency don’t see eye to eye about how any changes to the system should be carried out. When this happens, and the parties can’t come to a compromise, the cryptocurrency then splits. One side of the split is the original cryptocurrency, running the way it always has been- and the other is the new version of the original coin.

The main difference between bitcoin and bitcoin cash is largely down to the size of the blocks, or sections of the ledger. Bitcoin cash offers an 8MB block, where the original bitcoin-only offers 1MB. The bigger block allows for faster transaction times.

Former Google engineer and MIT graduate Charlie Lee created Litecoin in 2011. Litecoin is remarkably similar to the Bitcoin that it’s modelled after, but offers faster block generation and transaction confirmation times, and some say overall usability.

Litecoin has caught the attention of many developers and is also starting to be offered by an ever-increasing number of merchants, with hopes that continued adoption will help the valuation of the altcoin climb.

Tether is one of the first, and perhaps the most well-known Stablecoin. Stablecoins were marketed as an alternative to altcoins for investors who are hoping for a less volatile market. Stablecoins link their market value with fiat or another external reference point, which keeps their valuation much more manageable and predictable. Making Tether an attractive choice for traders that harbor distrust of the wild fluctuations of bitcoins value.

With these altcoins in mind, it can be simple to see why different coins and tokens attract different niche investors. Despite their benefits, no altcoin comes close to having the market cap or participation and adoption of that of bitcoin. Even though Ethereum is often considered the top cryptocurrency under bitcoin, it still only has a market cap 1/10 the size of bitcoin.

So, whether or not bitcoin is the best cryptocurrency to own is certainly subjective, it’s still the most widely accepted, used and valued cryptocurrency in existence.