What Is IOTA? - Everything You Need To Know About IOTA Cryptocurrency 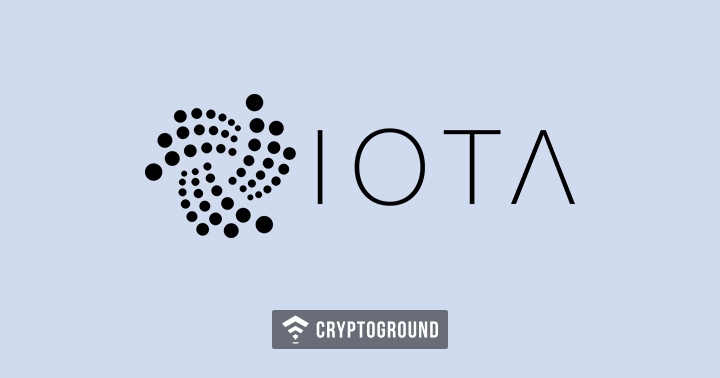 In the midst of the growth of cryptocurrency generation, there is a lesser-known cryptocurrency: IOTA, which is used for transactions between devices connected in the Internet of Things. It is an open-source cryptocurrency which focuses on secure payments and transactions for the machines connected on IoT and in the words of David Sonstebo, the founder of this coin, it was developed as a “Ledger of Everything” and is meant to help shift the paradigm to the Internet of Things.

Like most cryptocurrencies, the team that developed IOTA wanted to make a transaction system that would enable a more secure, faster and economical process to take place. But, IOTA has more on their minds and do not want to be limited to being known as a financial service provider. They also want to allow the movement of data from one machine to another.

IOTA stands for Internet Of Things Application - which refers to the complete project. The actual name of the coin is  MIOTA, which many refer to as the IOTA coin. The overall project aims at a better connection between machines and not simply creating a transaction system.

If IOTA is successful, there will be a connection between almost every device. Just imagine the implications of every device on the electric grid being connected and being able to communicate among themselves. Collection of all instructions and commands can be stored and analyzed more efficiently.

David Sonstebo, Sergey Ivancheglo, Dominik Schiener, and Dr Serguei Popov are the founders of IOTA, which launched in 2015 with a fixed supply of IOTA coins. It was established with the purpose of making the transactions occurring in the IoT system easier and more effective. Just in a few months, a beta model of the system came alive and it continued throughout 2016. They have been raising funds using ICO and have received bitcoins worth $434000.

In June 2017, it was listed in the first exchange Bitfinex. Bitfinex Outlier Ventures also invested a seven-figure amount directly in IOTA. By August, they joined hands with REFUNITE and Sopra Steria to form partnerships. Also, their Flash Network was activated which allowed brilliantly fast nano payments.

Finally, in November, a Singapore-based company LATTICE80 made an agreement to open an IOTA lab for the Internet of Things and since the capitalization of IOTA, it has reached amounts as high a $14 billion.

The project has caught the attention of many reputable corporations and scientific organizations, which has only helped in the growth of the IOTA coin. It may be true that this project is not solely focused on the cryptocurrency market, but with its advancement, IOTA can surely become a good competitor for the existing rulers of the crypto space.

Being a project that wants to make machines more communicative, they have recently started working on smart city technology all over the world. Their technology, in cities, will create systems where palm readings will be connected to digital identities of people, making devices more accessible and secure.

The very interesting thing about IOTA is that it does not work in the blockchain system. It instead uses a new data structure called ‘Tangle’, which is based on the Direct Acyclic Graph. This is different from the simple block and chain system and can be referred to as an interlinked system of chains. Instead of a continuous length, chain system, Tangle has connections of blocks with several other blocks.

In the case of Bitcoin, there are people who actually allow their computing power to approve others’ transactions which eventually lets them win some Bitcoins as rewards. This system is known as Proof-of-Work (PoW), which is becoming costlier with the increasing number of transactions. Not only does the IOTA system decrease the cost but the same process is also made more connected and guaranteed in the Tangle process.

The idea of a system like Tangle was put up because the founders of this project had worked in the IoT industry and had good knowledge about it. They argued that with the growing number of devices that are connected in IoT, which is predicted to reach 50 billion by 2025, there is a need for these devices to communicate and be able to manage the use of resources among themselves.

The more the number of devices, the more is the need for resources like electricity, bandwidth, storage, etc., which can actually be used more efficiently if shared among devices. When there is no need for these resources, devices can easily sell them.

As the number of users increases on the IOTA platform, the network becomes more and more scalable. There can be an infinite number of transactions every second if it is scaled to the level where everyone uses the IOTA system for transactions.

The problem of slow transactions has been a long-standing issue in the crypto space. IOTA removes this problem and as more and more people start using their native platform, their prices increase exponentially.

With an increase in the number of users, the transactions will become faster, as to complete one’s transaction, they will perform a quick PoW, which will depend on the ability of the person’s computer. As this project is new, not many are using the platform and the IOTA team has also launched a coordinator, who performs the task of any other general user. Once the IOTA system gets more users, there will no longer be any requirement for a coordinator.

Micro-payments can be performed at no cost which makes it more feasible and is not dependent on the initiator of the transaction.

As discussed above, the potential of the Tangle system is huge and can be accomplished as soon as more users join the platform. This is the only system that can be scaled infinitely.

The mining process requires more computing power, which is completely eliminated in IOTA.

Although contracts that do not require a final statement of the transaction can be implemented, there is less chance of them being verified as they require higher computational power.

Although it has great potential, the problem of scalability remains and it is unproven that IOTA will be a success in making fast transactions in our daily lives a reality.

Because IOTA is not completely functional, there are several problems that remain hidden which may arise once the majority of the community start accepting it. The major problem of IOTA is that it's not yet completely accepted and we have no assurance of its good performance.

How to buy and use IOTA?

Buying IOTA coins is similar to buying most other cryptocurrencies. Before buying, you need to get some Bitcoins or Ethereums to be able to exchange them for MIOTA at any major exchange like Bitfinex or Binance. Bitfinex is not available to U.S. citizens, however, there are many exchanges supporting IOTA like CoinSpot and Exrates.

MIOTA can also be bought by exchanging them for Euros at exchanges like the CoinFalcon.

After buying MIOTA, there are two options for storing these coins: a desktop GUI, which is recommended by the IOTA team or a Trinity wallet, which is simpler than the GUI and is available on Windows, Mac and Linux, as well as, on Android and iOS devices.

The future of IOTA

IOTA is the very first platform that is working to connect IoT to payments and transaction systems using new and innovative technologies of the future. There is a heavy rise in IoT devices every year and there is no doubt that IoT will play a big role in our lives in the near future.

IOTA has great potential with what it has to provide but that does not mean it is successful. The implementation ability of IOTA is also dependent on its success within the community and its subsequent adoption.

Machine-to-Machine processing is a new concept and most people are unaware of the same, making adoption a big question and an equally hard task for the IOTA team. The future cannot be assured good for IOTA with its present situation. Reports published by MIT and Boston University state that there are several security flaws in the IOTA system.

In the future, connecting machines will be a necessity and, as many believe, IOTA can serve as the backbone of IoT by improving communication between machines and distribution of resources. Although it is difficult to just buy MIOTA without much research, adopting and trying the system is the only way to ensure its functionality in the future.

There are many ways through which IOTA is trying to expand. It has partnered with big corporates like Samsung and Bosch and is also in the process of issuing ID cards to citizens of Taipei, based on Tangle technology.

The ecosystem can serve as a common ground for developers, startups and several initiatives, making it a platform of education, innovation, collaboration and development.

It is only the competition and security flaws that IOTA needs to tackle in order to gain the trust of the public, which is of utmost importance for their growth.

New projects are continuously being added to the ecosystem and the team is µµrising at all times. Looking at the team that IOTA has managed to create, no one can deny that it is very powerful and holds good value and potential. The staff includes members from top-notch corporate companies like Nokia and Microsoft.

Innovations like the autonomous car are major projects that IOTA aims to improve and work on. The target of IOTA has always been to make machines autonomous, which should not be confused with automation.

Automated robots can perform a task as they are trained in a particular environment, whereas an autonomous robot can also do a trained task, but in any environment, even somewhere it has never been before.

This idea in terms of innovation is undoubtedly brilliant and holds great potential, but you can hardly find any service accepting IOTA or any device using the technology.

There is no clear answer to whether you should invest in it or not. IOTA’s growth depends heavily on how people accept it and the risk has to be taken in order to know for sure. It depends on the individual - whether they can afford to take it or not. While the idea is different and has good chances of being successful, it is very young in terms of its adaptation in the community.

If IOTA turns out to be successful, it will challenge the blockchain technology and can easily overtake it. The IoT market will gain a lot of advantages with IOTA. The technology, however, is untested and there is a dilemma among the community on whether to support it or not.

The IoT market is a big place and it holds human lives at stake, which demands good precision in its technology. There are several challenges ahead for the team at IOTA and certain important steps must be taken to ensure the security and flow of the system. If they can work it right, IOTA can stand as a big ruler in the corporate sector.

With a new type of structure and a brilliantly thought idea, there are a lot of challenges that IOTA has to overcome to improve its adaptability and trust among people.