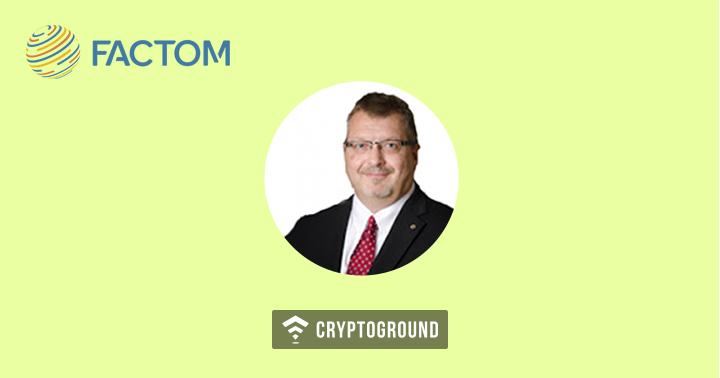 Honest systems are good for business and Factom is spearheading this campaign. We had an opportunity to connect with Factom’s CMO Jay Smith, and his condensed views on various aspects of Factom and their roadmap:

Ques: “Factomizing the world” phrase piqued the curiosity of blockchain and cryptocurrency enthusiast at large. Please talk about the essence of the same.

Factom's goal is to make data dependable.  Up until now, the paper has been thought of as a reliable source of truth as physical atoms are relatively hard to move.  Bits, on the other hand, are simple, fast and easy to manipulate, thus being the basis of much of the productivity improvements we've all benefited from but bits’ malleability is also their greatest weakness. The bits can be changed by anyone with the credentials either accidentally or deliberately. Our mission at Factom is to make the bits just as trustworthy as paper and, in fact, more trustworthy. We provide the tools, through simple APIs and our SaaS layer over the public Factom protocol to give our enterprise customers a simple way to secure provenance of the data in their existing enterprise systems.

Ques: “Factom a good platform for ICOs” yay or nay have been a question well discussed on many forums, any thoughts to share.

Factom is a blockchain implementation where the data layer has been abstracted out from the data layer and writing to the data layer is done by mean of a second non-tradable entry credit.  Our two token model solves the sharding problem, which is key to any platform that is going to support many tokens and all the transactions implied. To support ICOs, we will need to upgrade the protocol to support the ability to define and track assets to encourage trading. This upgrade is on our roadmap. Our approach will allow new tokens to be defined, with their own behavior and to be born on an already fully distributed platform.

Ques: Factom Harmony is largely described as the successful product of your enterprise and various industries forming client base (some mystery shrouded). It will be great if you can share the exciting journey of the same.

Factom Harmony creates a simple REST API to make use of the Factom public protocol providing an easy way to integrate the capabilities of the Factom blockchain into existing enterprise systems. All large enterprises already have systems implementing their business processes. For example, a bank decides it would be good to write an immutable record of their basis for a credit decision. With Harmony, a junior Java programmer can wire the write to the blockchain into their existing system with no knowledge of blockchain.  Proof of Concepts goes from multi-month efforts to a few days.

Ques: Discuss the attributes which you will owe for the continued live presence of Factom protocol for past more than two years?

Factom has built a platform that addresses the four challenges to widespread blockchain adoption.

We are always looking for developers to build on Factom. The Hackathon is one way we are looking to attract developers, and it will highlight the unique work of those building projects with the Factom protocol.