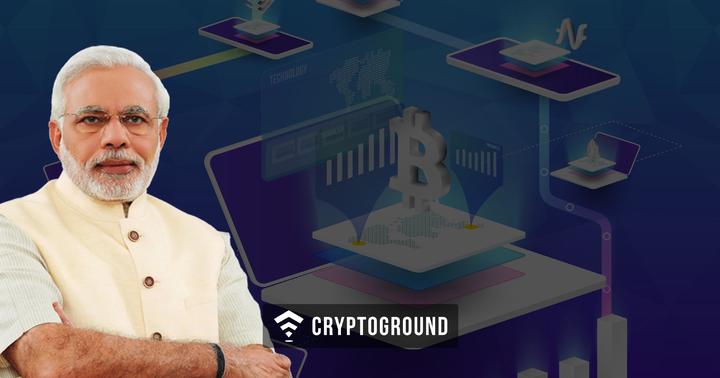 “There is one important technology in agriculture-artificial intelligence. In the coming years, Blockchain technology will have a major impact on the agriculture sector.”

As to how exactly does he envision the use of blockchain tech in the agricultural sector, the Indian Prime Minister explained that this technology can be used to improve the real-time monitoring of the agricultural supply-chain and make the transactions transparent. With this transparency, the corruption from the middle-men would be drastically reduced - ensuring that the farmers get a fair pay for their produce.

The Prime Minister then commented that this technology would help monitor the quality of fertilizers and seeds which are being used by the farmers. Modi added that blockchain would make the entire sector open - and will connect everyone from the farmer to the end consumer over a public ledger. Due to it being on a public platform - the scope for corruption will be drastically reduced as well.

Agriculture is one of the biggest sectors in India and has continued to be an important one over the past several centuries. Indian agricultural produce is critical to feed the billion people in the subcontinent as well as to export the produce to international markets. The sector is critical to the nation’s growth and the Prime Minister has introduced several schemes and plans to help the farmers live a better quality of life - as well as grow their crops using the best of technologies possible.

While the government continues to back the blockchain tech, the financial system of the nation is not so keen on cryptocurrencies. The Reserve Bank of India, in a recent circular, instructed that banks should no longer provide services to those dealing in the crypto trade - imposing a banking embargo on those people and organizations. Indian cryptocurrency exchanges have taken the RBI to the court over this - as multiple cases have been filed in India’s apex financial body.

The issues of farmer suicides and loan waivers have also been quite rampant in India and politicians all over the country have addressed them from time to time. Modi’s comments of introducing blockchain technology to help boost India’s agro sector are indeed quite progressive and innovative.

Despite passing some absurd banking embargos on cryptocurrency trade in India, Narendra Modi’s government has been working towards implementing the blockchain tech in the country with great enthusiasm. India is all set to issue degree certificates over the blockchain technology - and now intends to crack down on the supply of counterfeit drugs using the same technology.

Then vs Now: How the Top 10 Cryptocurrencies Have Changed Over A Year