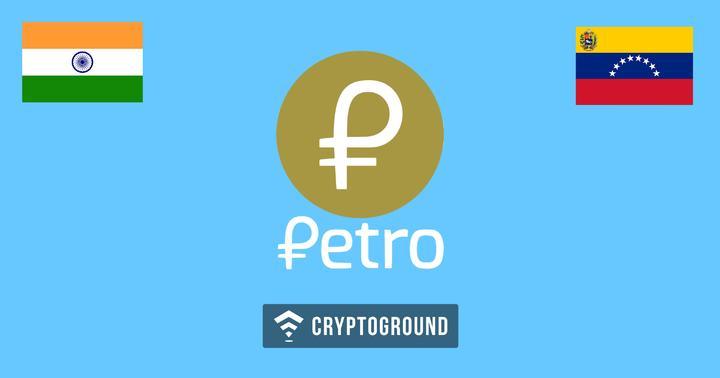 Venezuela, a nation in crisis, has been trying to make use of their cryptocurrency ‘Petro’ to bypass the sanctions imposed upon them. One of their plans for this was to offer crude oil at a discounted price to countries which accept to pay in Petro. Last month, Venezuela extended this offer to India - however, it appears that India has declined Venezuela’s offer.

Swaraj stated that cryptocurrencies have been ‘banned’ by the RBI, saying:

“We cannot have any trade in cryptocurrency as it is banned by the Reserve Bank of India. We will see which medium we can use for trade.”

However, this may have been a slightly inaccurate interpretation of the RBI’s ruling by the minister as the Reserve Bank of India has not banned cryptocurrencies. However, the bank had issued a circular in April stating that all regulated financial bodies need to stop providing services to individuals and institutions which are dealing with cryptocurrencies.

Nevertheless, she made it clear that India is unwilling to pay Venezuela in Petro even if they are offering it at a discounted rate. Swaraj’s comments come at a time when the ruling government (which she represents) faces a major challenge in controlling the prices of petrol in India - which have been on a constant rise - even rising for fifteen days in a row last month!

“India follows only UN sanctions, and not unilateral sanctions by any country. We don’t make our foreign policy under pressure from other countries.”

Petro was created so that Venezuela could bypass the dominance of the US Dollar and find alternate means of pumping some money in their cash-strapped economy. However, it appears that the plan is failing as Petro is yet to find any major backers in the international markets who are willing to use it for large-scale international transactions.

Venezuelan officials had come to India a few months ago to analyze the situation and had even struck some sort of a deal with cryptocurrency exchange Coinsecure over introducing Petro in the Indian markets. However, since then, two things have happened which have changed the course of these plans - first being the Reserve Bank of India issuing a banking embargo upon those dealing in cryptos and second being Coinsecure losing all their funds in a recent incident.

Moreover, the US imposed sanctions continue to hurt Petro - as cryptocurrency exchanges such as Bitfinex had to de-list the coin from their platform. Venezuela’s hopes from India have now been broken and it does not appear that Petro is going to find a place in the Indian markets any time soon.